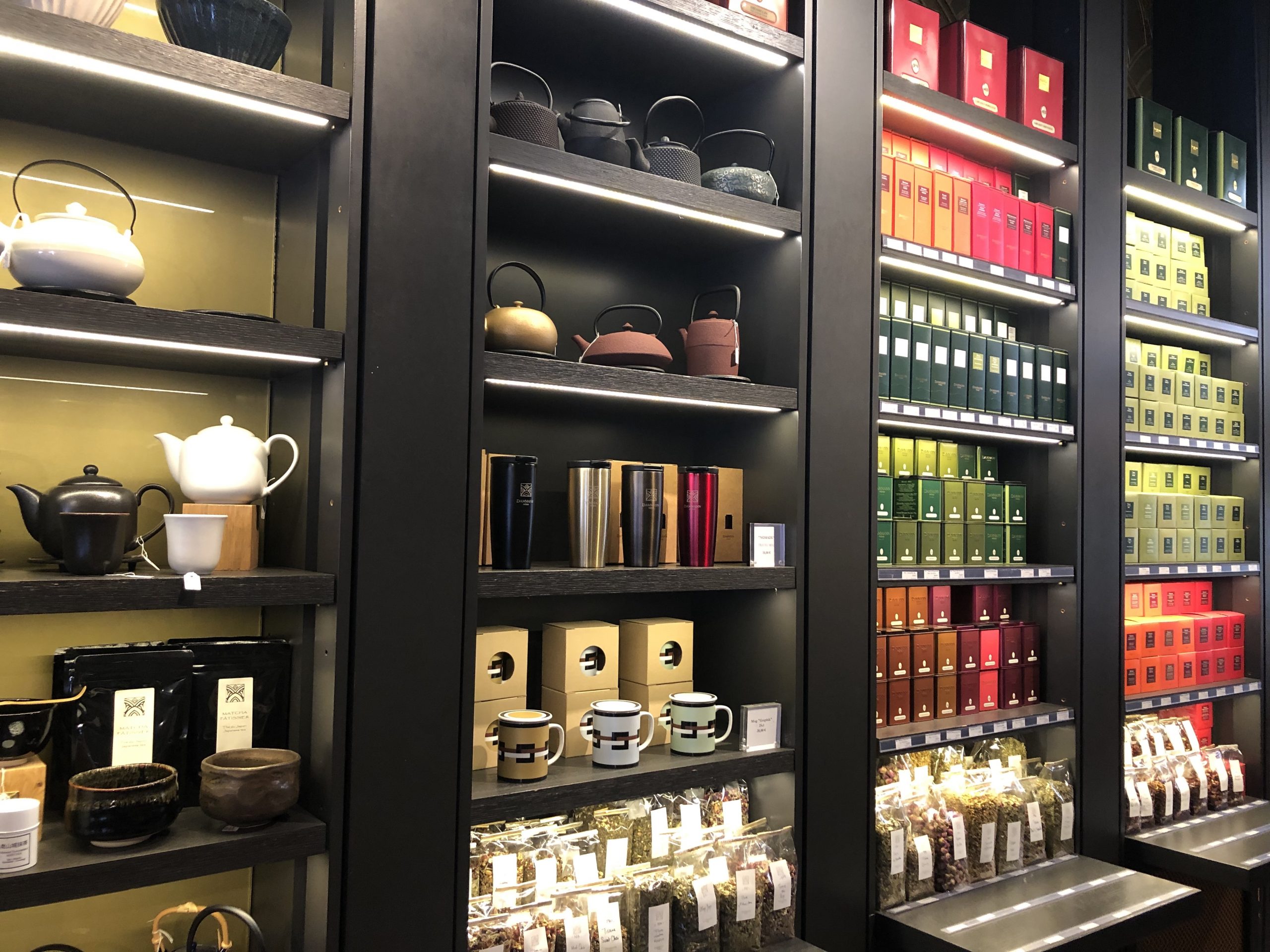 Dammann Frères, one of the most historic stores in Paris in the tea trade, has seduced us walking through the Marais 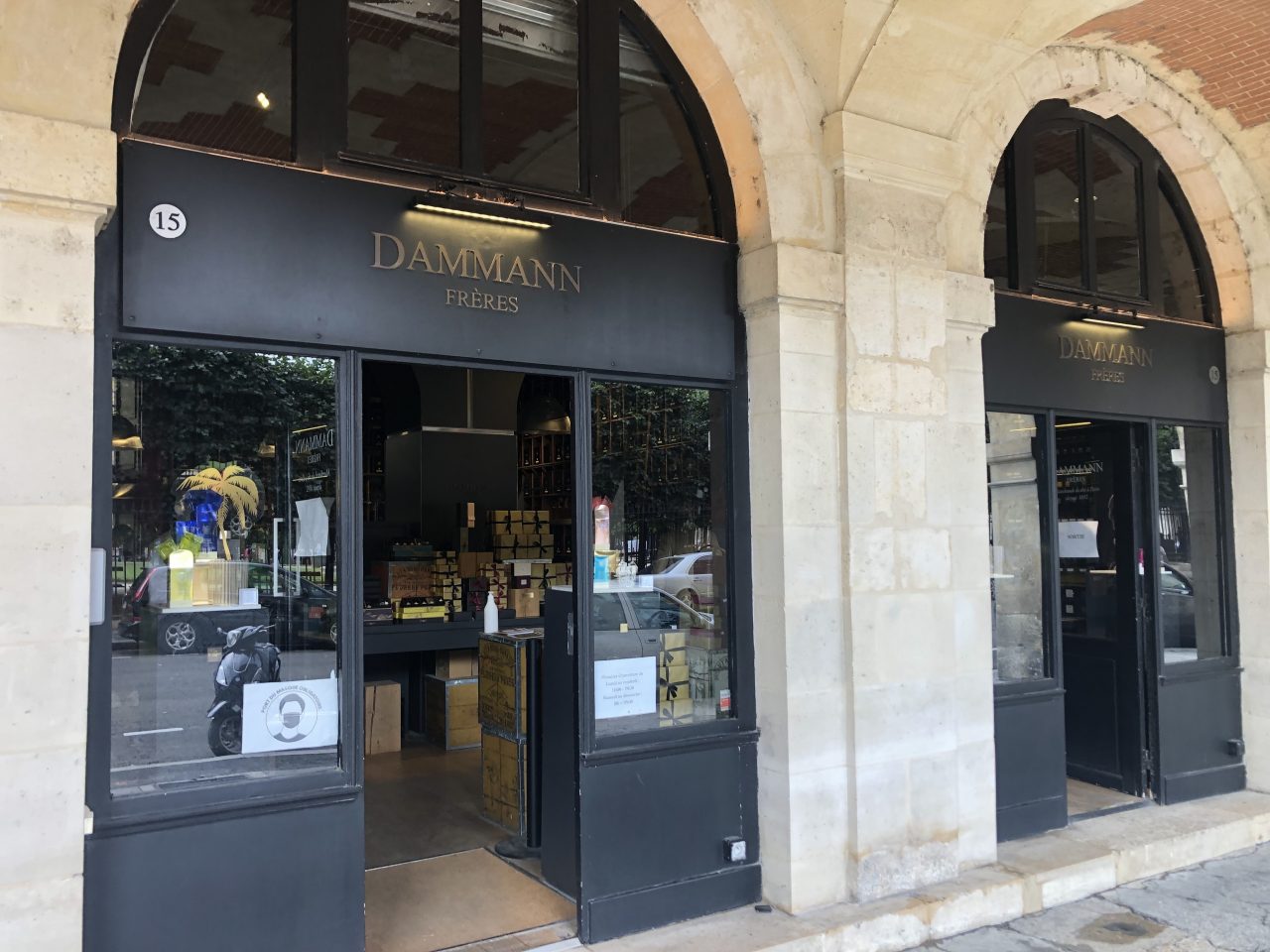 At Deulonder we like to take advantage of the summer period to discover extraordinary stores from all over the planet related to the world of cooking. This time we have set our sights on a French house that has been selling teas since 1692. One of the chain’s main stores is probably located in the most charming square of the French capital: Place des Vosges, number 15.

It was the same Louis XIV who gave the exclusive privilege of trading tea to Sire Damame and this is how this story begins, which gained momentum when Dammann Frères bought the business in 1825. First they opened a spice shop in Batave, then in Tamatave, later in New York in 1926, and it was not until 1949 that the «épicerie fine» company was exclusively dedicated to the tea trade. 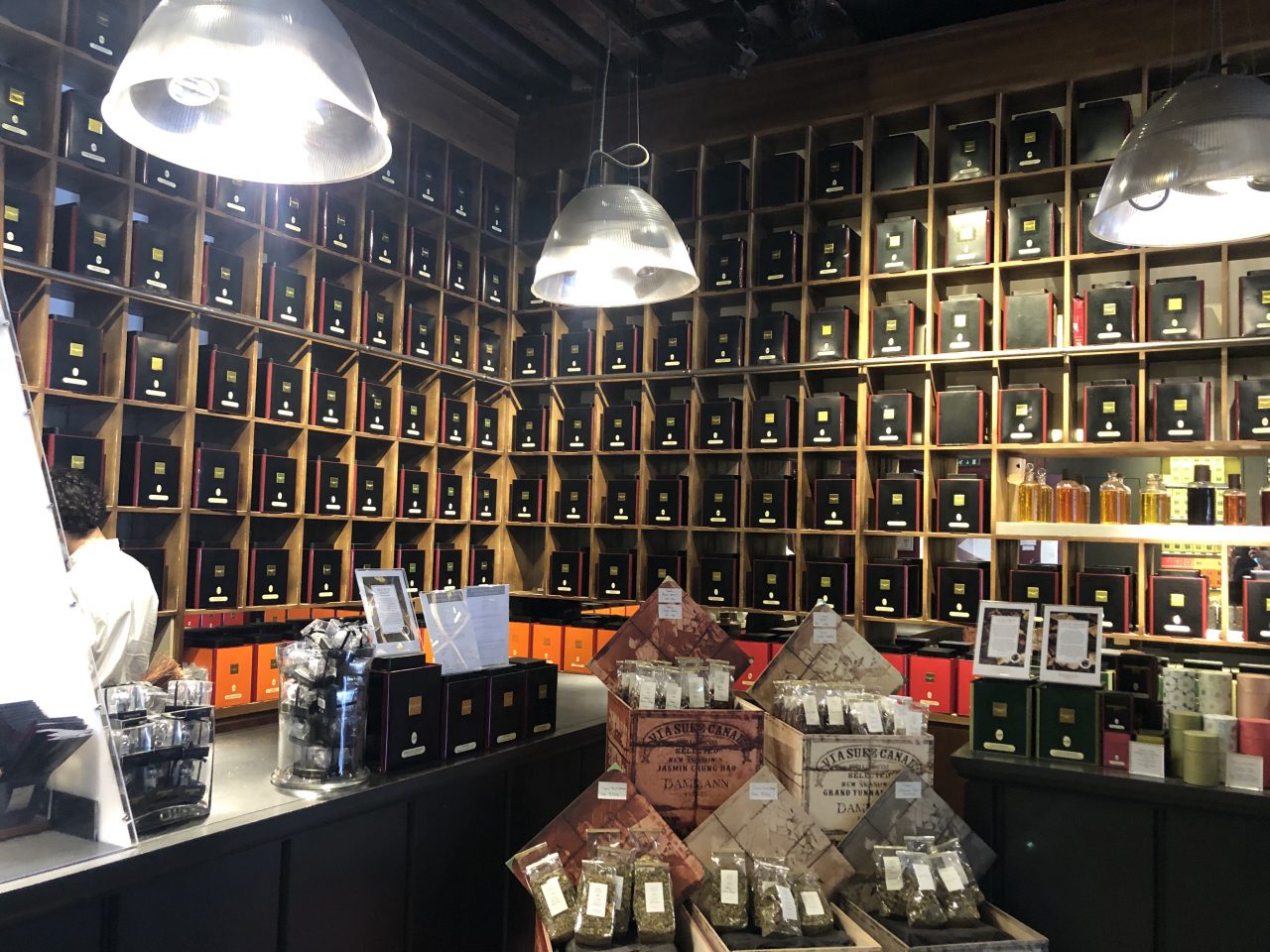 The store is presented as a jewelry store, with two large panels full of elegant black boxes where the different types of teas are kept: black, blue, red, white … there are more than a thousand aromas to choose from with their own blends that are known among Tea lovers, such as the first: le Grand Goût Douchka, no. 1. Among the assams, Halmari, no. 627, with oriental species stands out, or, among the black ones, we recommend the original Flocons de Épices, No. 180. Only the names are already pure poetry, as for example Paul et Virginie, in reference to the story of Bernadin de Saint Pierre. 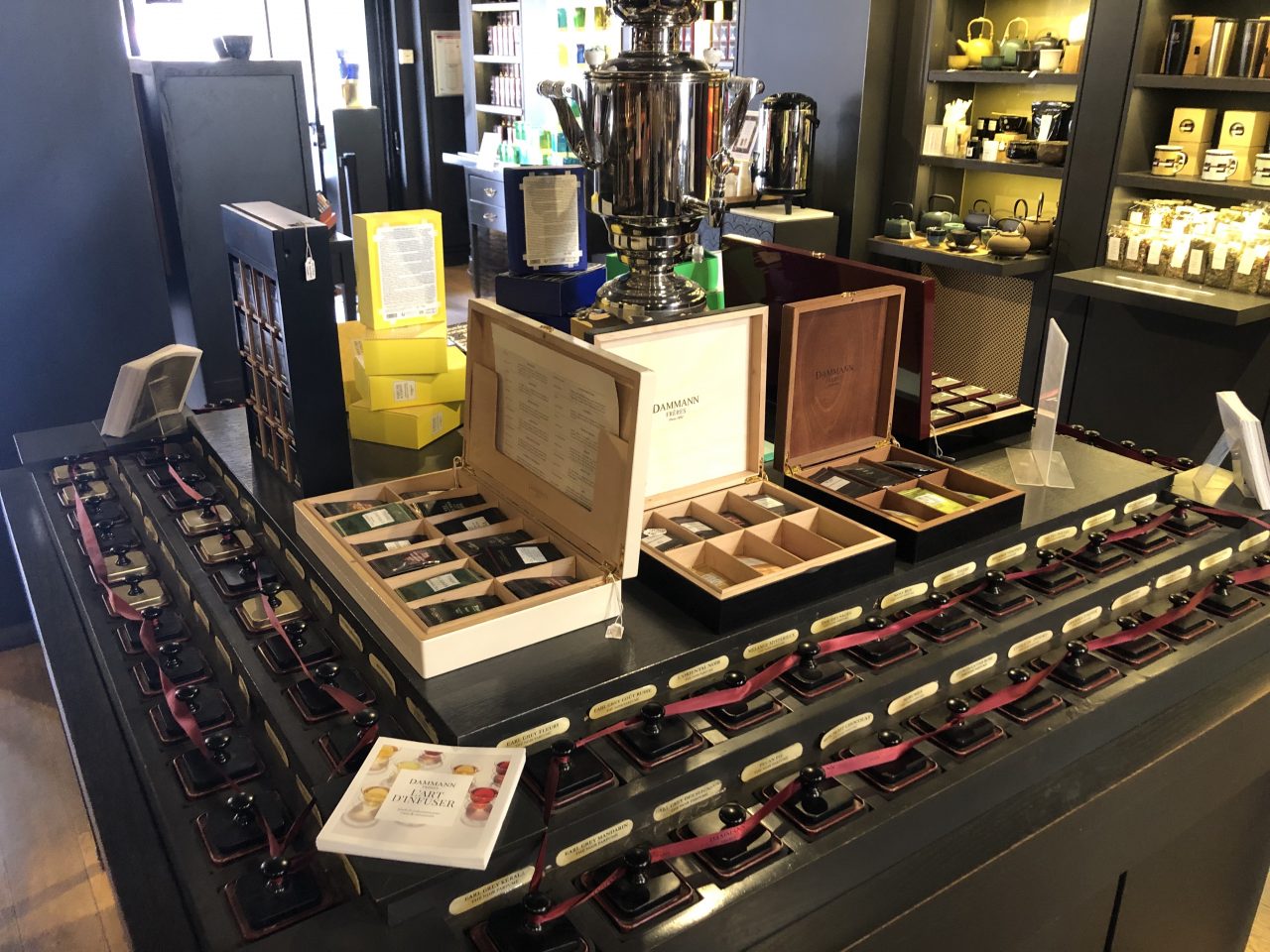 In the store on Place de Vosgues there is a large cabinet in the center with boxes where you can smell the different aromas of teas so that you can choose the one you like the most. Unfortunately, due to the Covid pandemic, the caps are tied with a tape and cannot be tested. 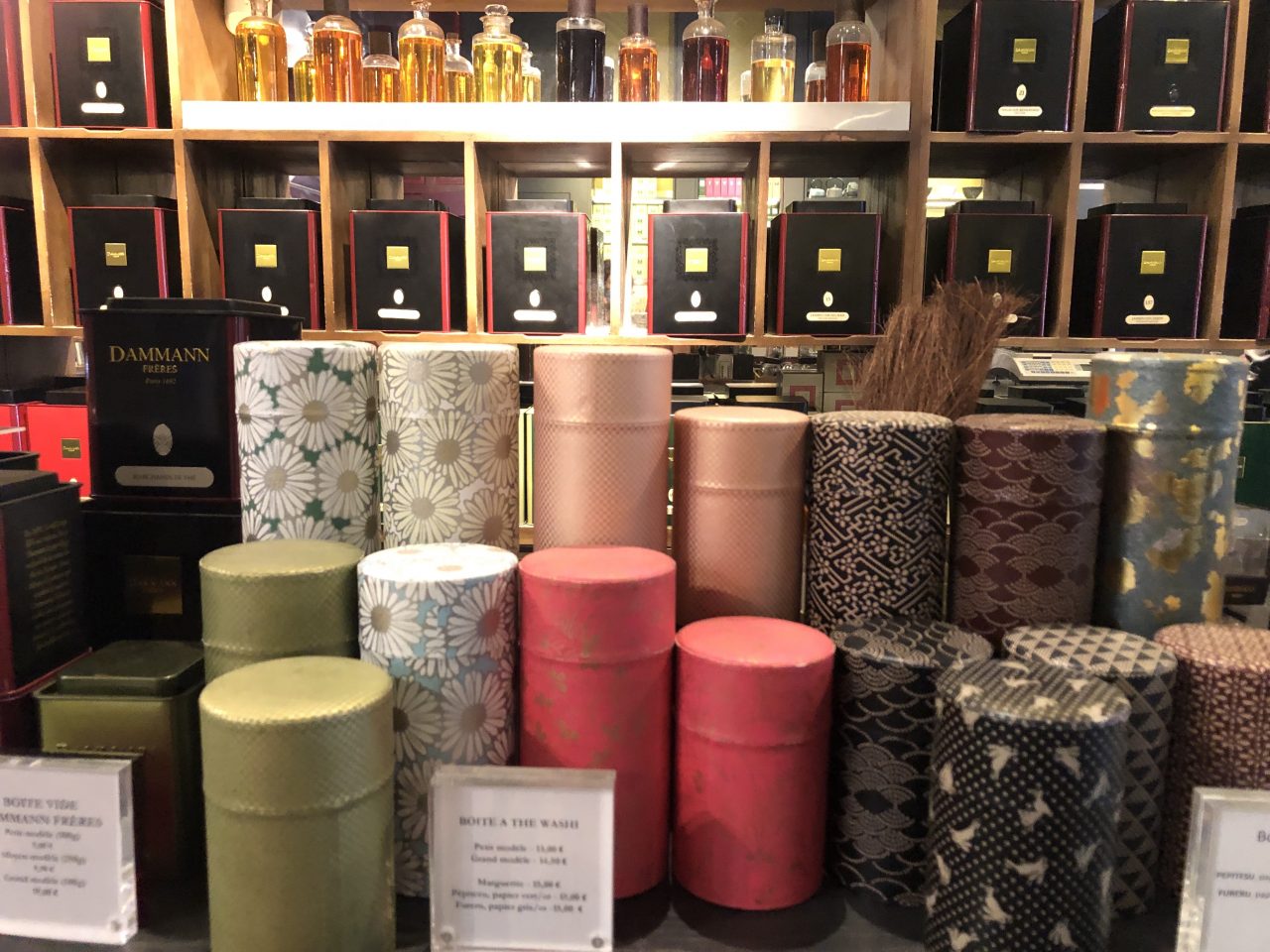 In addition to different teas and infusions, among which one based on rose buds stands out, there are also a large number of products related to teas and that go very well to keep in the kitchen, such as Japanese-style jars to store teas, teapots, infusers, cookies, etc. They also offer boxes with different tastes both in bulk teas and in individual bags.

Dammann Frères has three stores in Paris and a number of stores throughout France. They are also present in 62 other countries, including Japan, where the company opened a store in Osaka in 2011. On its website you can also find the different addresses to make purchases online.