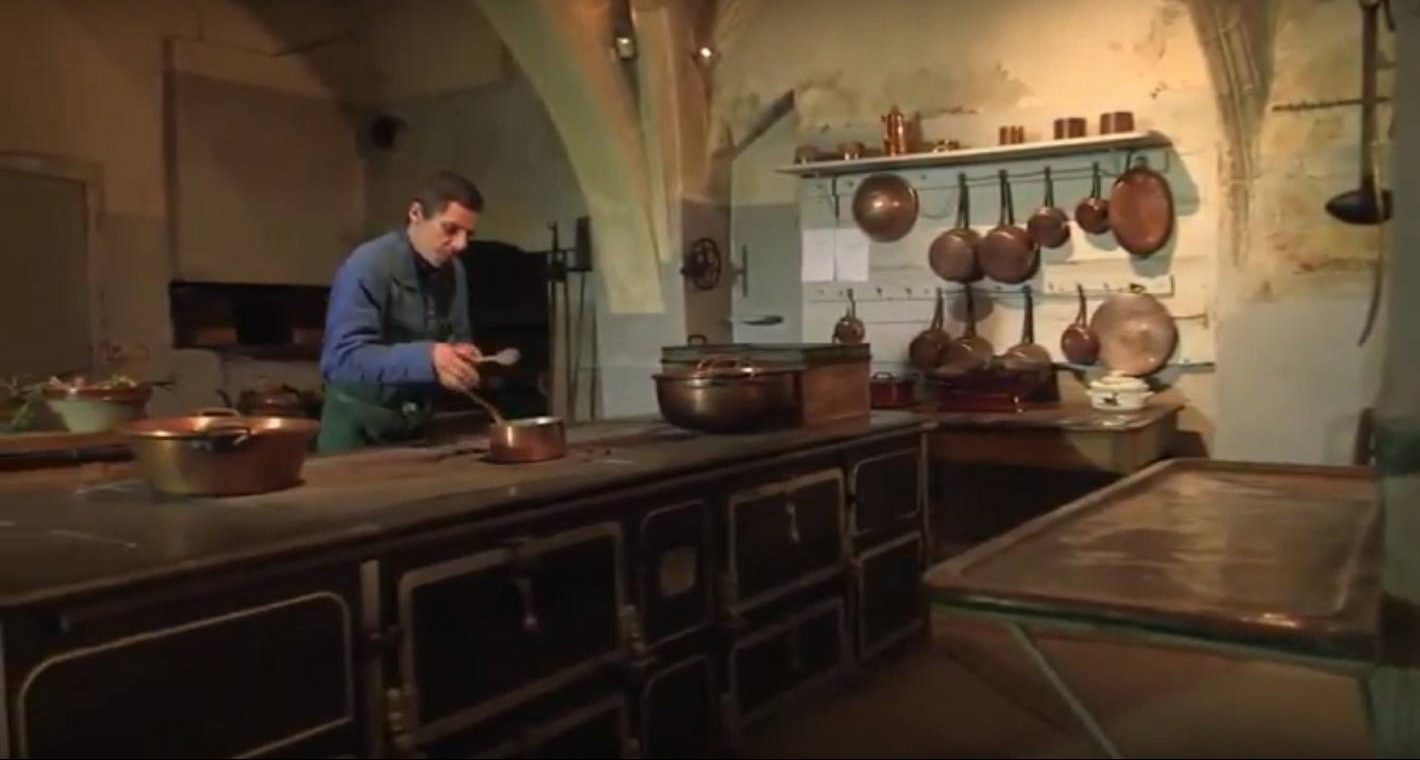 A visit to royal kitchens

Among the multiple offer of gastronomic documentaries, Deulonder recommends «Cuisine Royale» a series that introduces the viewer into the kitchens of the great castles of Europe

It is a German series of eight episodes spread over two seasons that began in 2014, by Stefan Pannen and Caroline Haertel. Currently broadcast by 2 of the Spanish Television and you can also find some of the chapters issued by YouTube. It is interesting because it allows you to see inside places that normally remain closed to the general public, such as the kitchens of the castles. Germany, Italy, Belgium, the series travels throughout Europe in search of an occasion to be able to enter these wonderful kitchens, most of them medieval and ancient, to which diverse top chefs give life.

The first chapter is dedicated to the Baroque castle San Martino Alfieri of San Germano, in Italy. They are the three sisters San Martino di San Germano who offer this visit through the preparation of a gastronomic menu of 1783. The second tour around the castle of Lude, in the French Loire. For the overture of the hunting season Countess Nicolay and Sophie Esnault, maître d’hôtel of the castle, prepare a celebration dinner in which the kitchen is the real protagonist. This documentary is especially interesting because it allows you to see the interior of seventeenth-century kitchens that have remained intact, with its traditional «coup de feu» and its copper utensils. 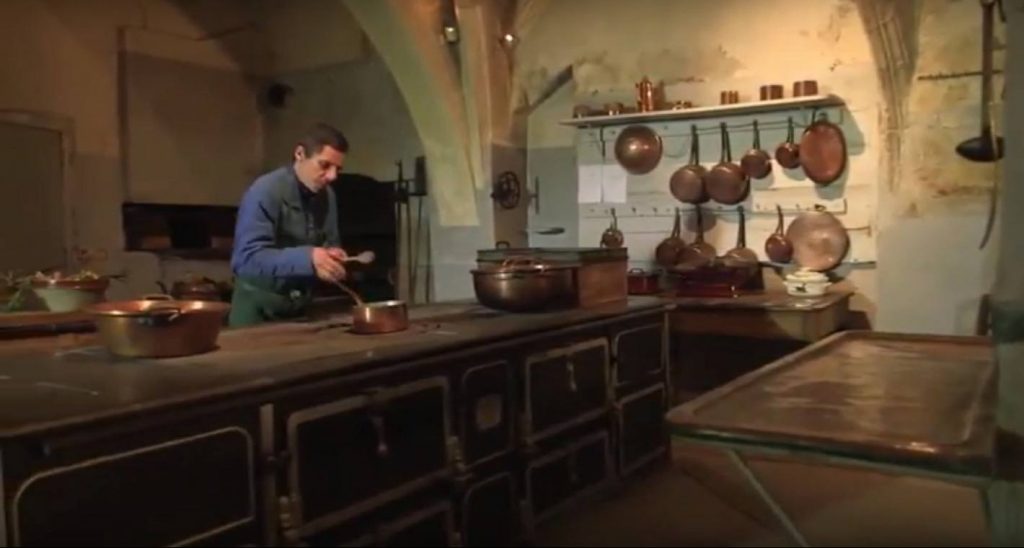 Germany occupies the following two programs, with the visit to the largest castle in the country, Saint-Emmeram, in Regensburg, where the Princess of Thurn and Taxis hosts the famous Spanish tenor Plácido Domingo. The renowned chef Alfons Schuhbeck prepares the food in the kitchen. 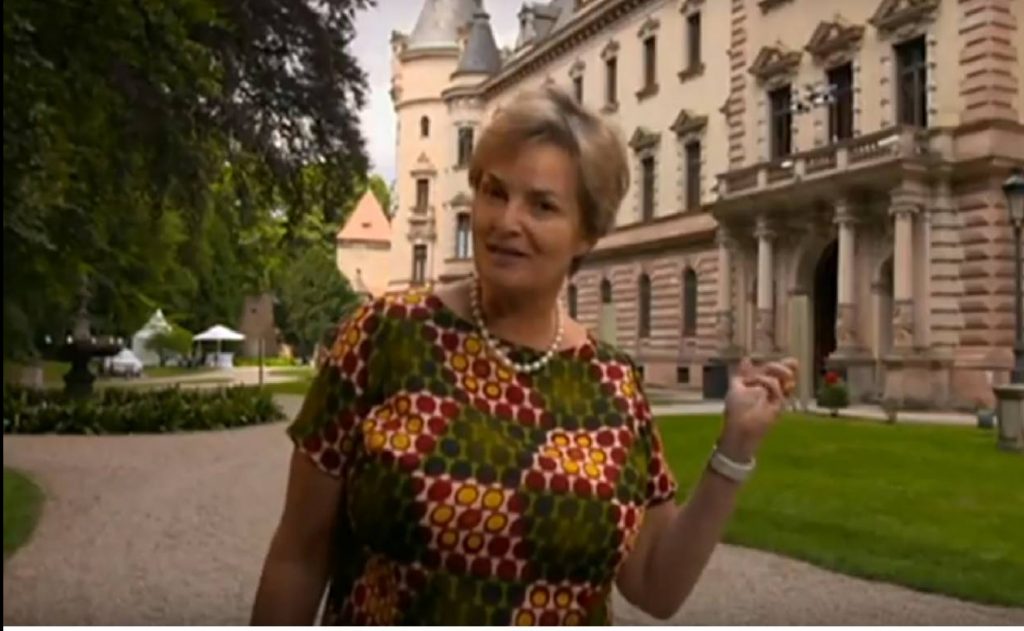 Then comes the turn of the Riegersburg castle, where a Michelin-starred chef creates a party menu for the wedding anniversary of the Prince of Lichtenstein and his wife. 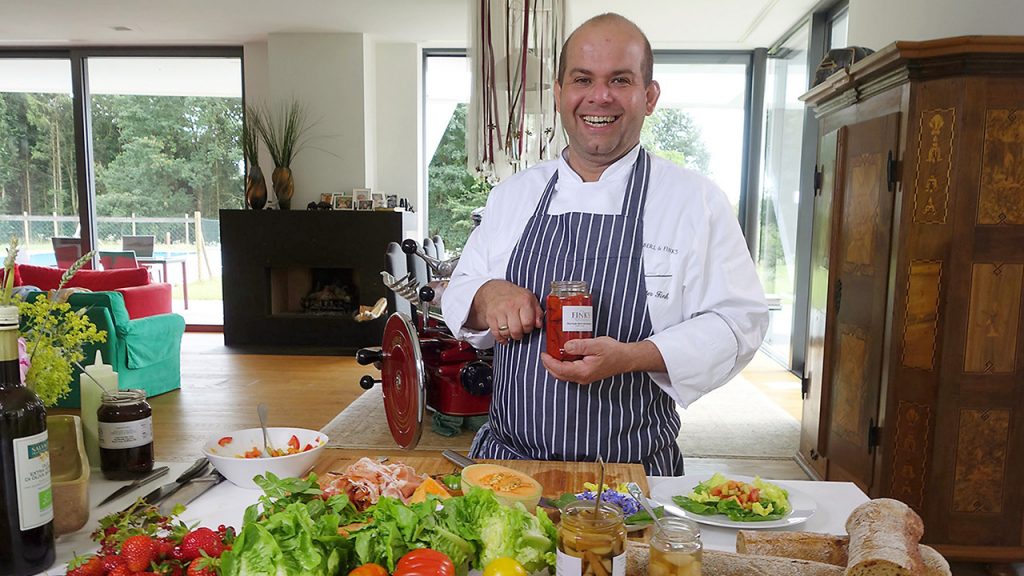 The viewer also travels through these interesting documentaries to Hungary, specifically to Tokaj, a wine growing region, where the Hungarian chef Csaba Putnoki Nagy cooks for the episode, or to Belgium, to visit the kitchens of the castle of Heks. The Countess of Ursel offers a gala dinner with a menu of Hecks vegetables and flowers, and lamb’s back. Here the chef Claude Pohlig, known for using flowers on his menus, puts on his apron. 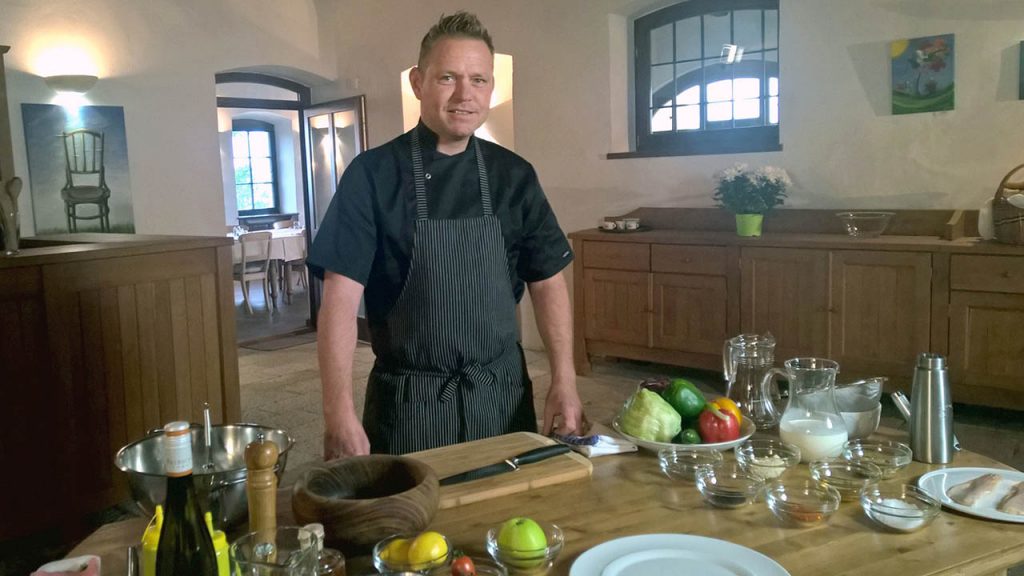 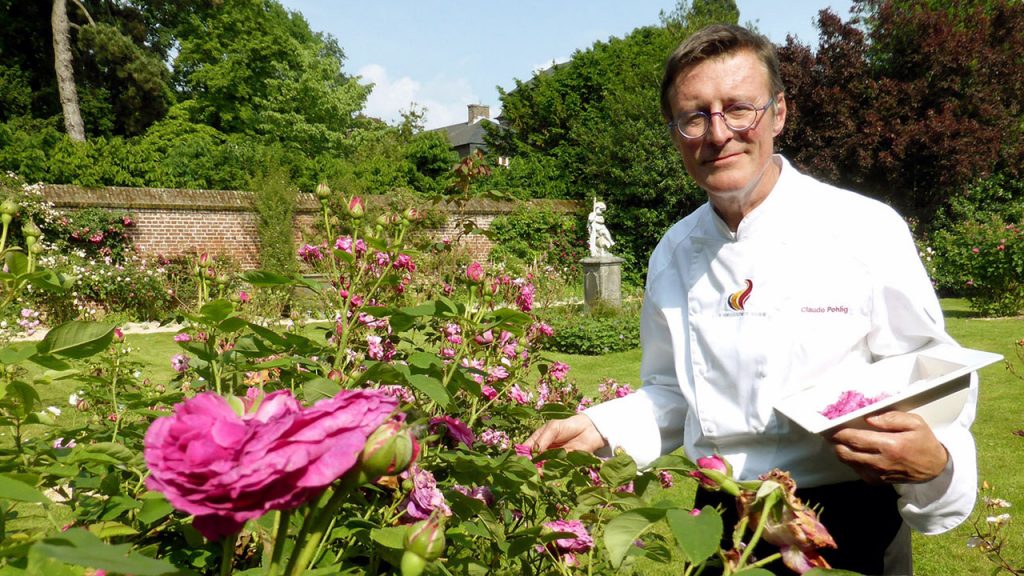 Not far from Parma, in Italy, is the castle of Scipione, where Count René von Holstein and his wife Stefania reward their guests with the best regional products in the broadcast «In the Castle of Scipione», and finally closes the second season Carlos Falcó, Marqués de Griñón, producer of olive oil and wine, who organizes a gala dinner at his castle near Madrid in El Rincón, after Easter. 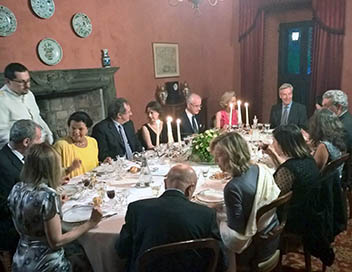 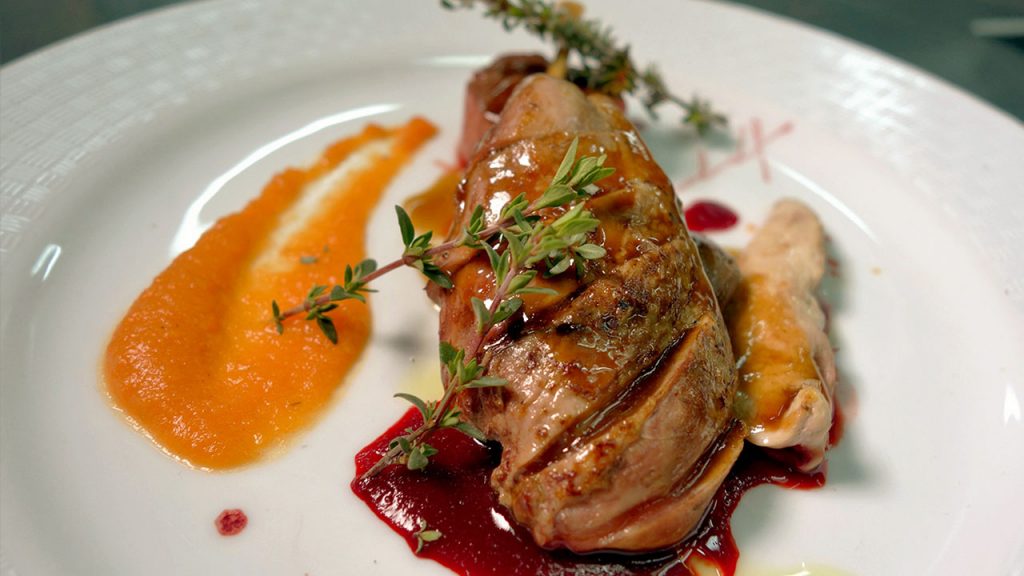 Here are some direct links to a selection of chapters

The Castle of Saint Emmeram in Germany   https://www.youtube.com/watch?v=fzWc524XQu8

The Castle of Lude, in France (in French) https://www.youtube.com/watch?v=iUTM0LB7dv0

The Castle of Hecks, in Belgium (in French)  https://www.youtube.com/watch?v=zav09d8H8T4