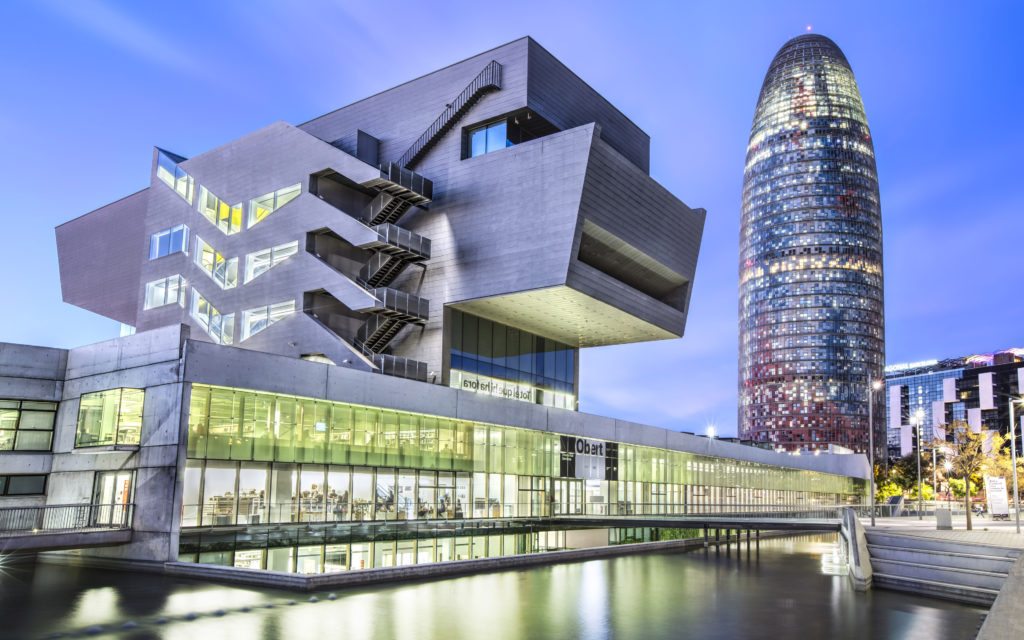 Since last December, Barcelona has a new must-visit hangout: the Design Museum, located in the Hub building, in Plaza de las Glorias.

Deulonder wanted to discover one of the museum’s permanent exhibitions (From the world to the museum), which displays a wide range of household objects. Besides the furniture exhibited, there is also an extensive collection of kitchen utensils. Many of the appliances we use nowadays were conceived by artists who, unknowingly, left their mark in the history of design. A clear example is  Rafael Marquina’s oilers, designedin 1961. Marquina’s oilers prevented spillage with a very simple stopple, an issue that -surprisingly- hadn’t been attended to until then. 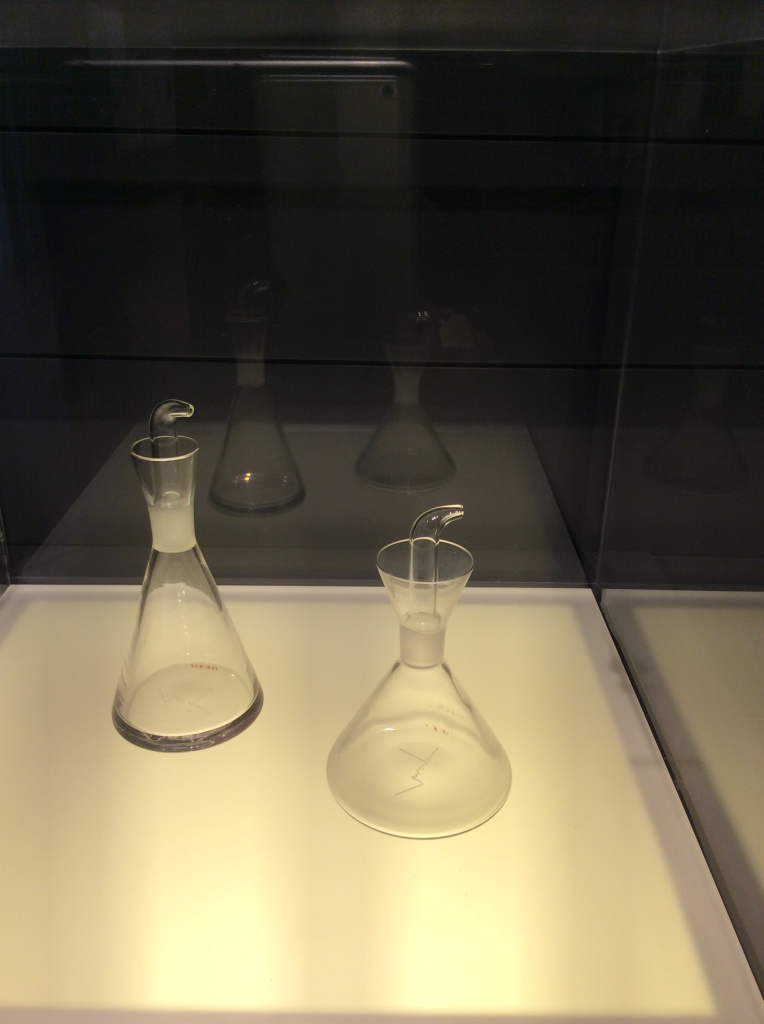 Pressure cookers are yet another essential kitchen instrument, which have -over time- evolved and transformed into more efficient designs. The oldest model, the Mayestic, dates back to the year 1950 and its creator is unknown. The one seen in the middle (photograph below), is named Splendid and was designed by Josep Lluscà in 1986. The model at the right is the most modern one. Named Elegance, this pressure cooker was created in 1999 by Diara Design. 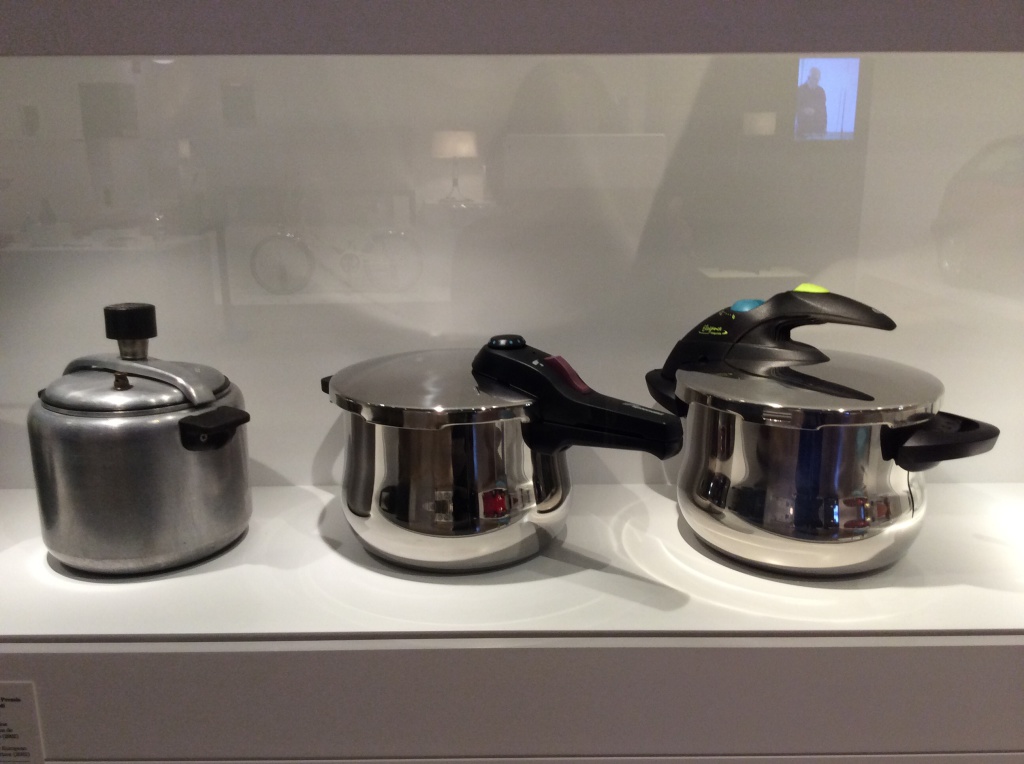 One of the star pieces in this exhibition is Spain’s first blender, Minipimer, created by engineer Gabriel Lluelles in 1959. The name «mini» describes the machine’s small volume, and «pimer» was the name of the company where Lluelles worked.

Other appliances on display (seen below) are: the first handheld hair dryer (Taurus, designed in 1973 by Gabriel Lluelles) and a shredder created by the same designer in 1955. 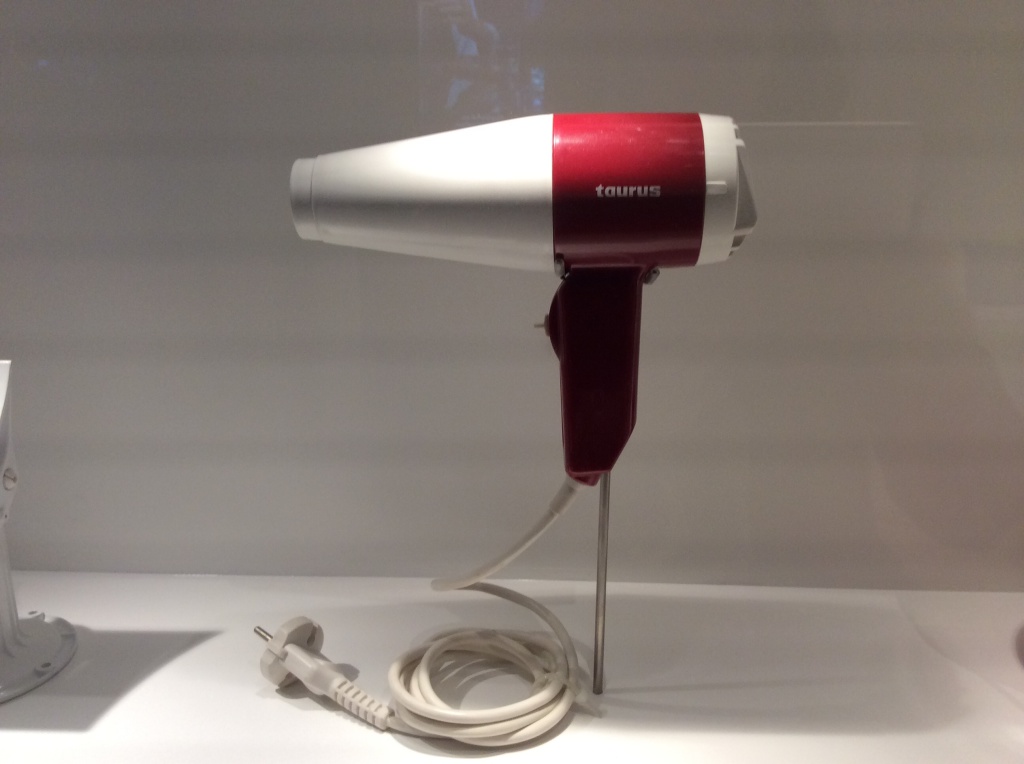 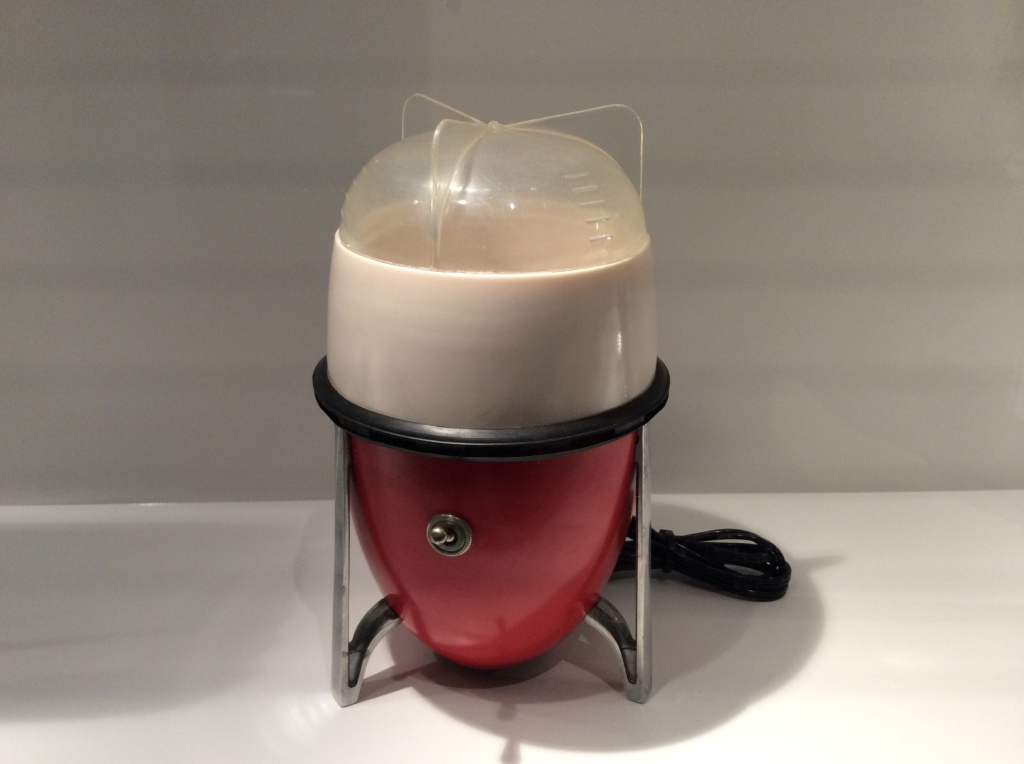 Other devices, which are seemingly prehistoric nowadays but once embodied the most cutting edge technology, are this 1960’s bipimer and 1979 squeezer. 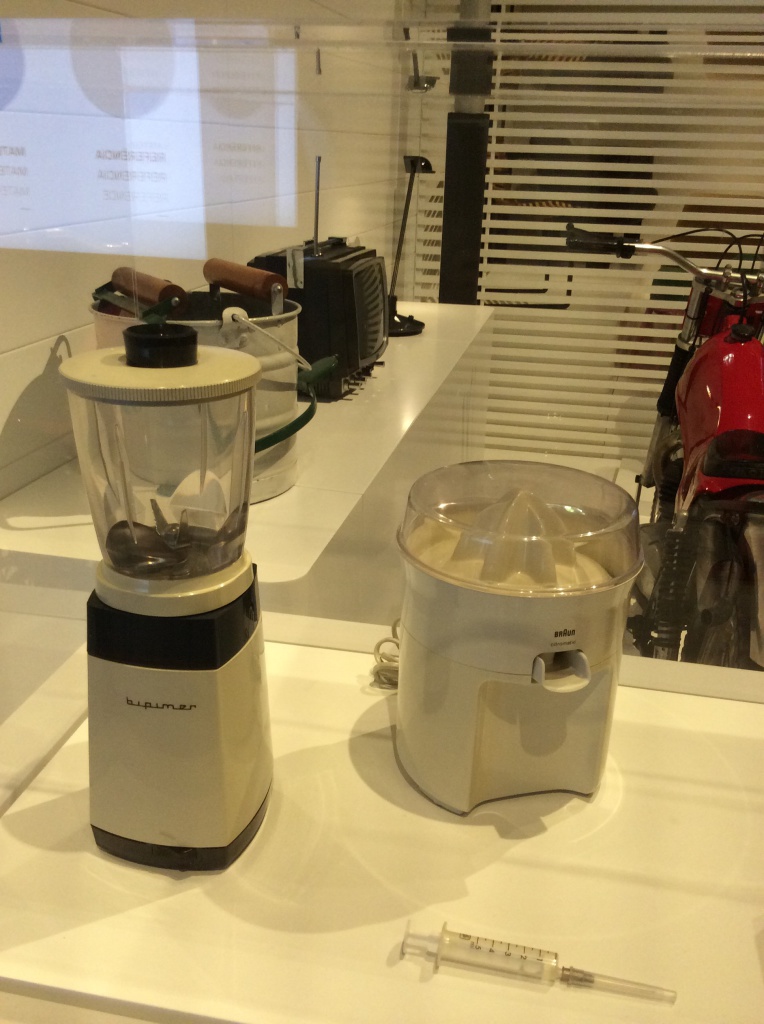 Design has also played an important role in hygiene. In 2009, Carlos Rivadulla and Josep Añols modernised the renown wringer bucket with their «Ecofrego» design. This new device allows users to separate dirty water from clean water. In the photograph below, we can see the Ecofriego next to a 1964 Gaviota / Nueva mop,  by Manuel Jalon. 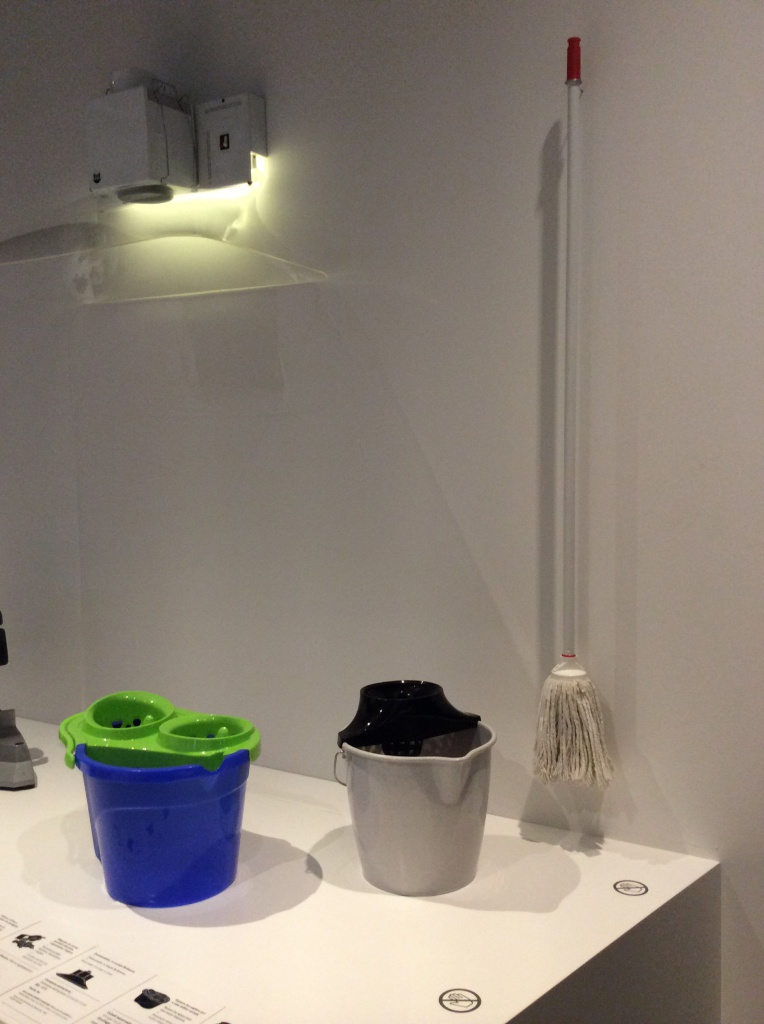 Other curiosities: a non-slip bottle (André Ricard, 1967), a steamer made out of silicone -which is one of the latest materials- (Ruth Perez and Xavier Flores, 2011), and the classic basin faucet by Ramon Benedito (1945). 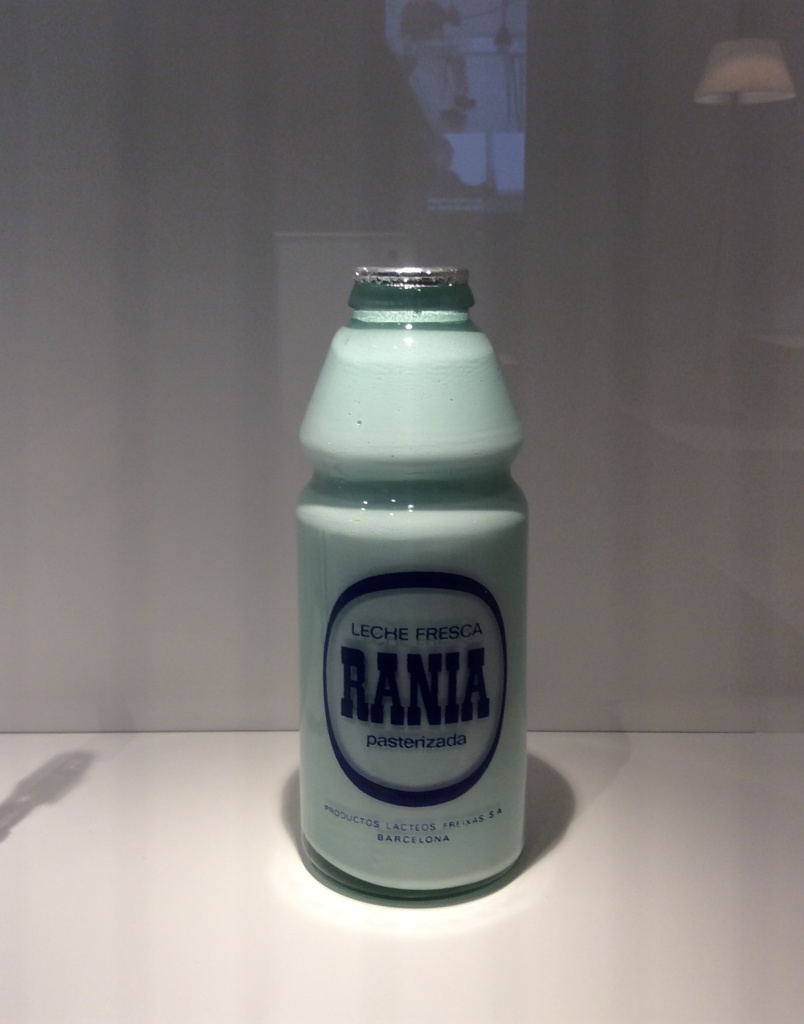 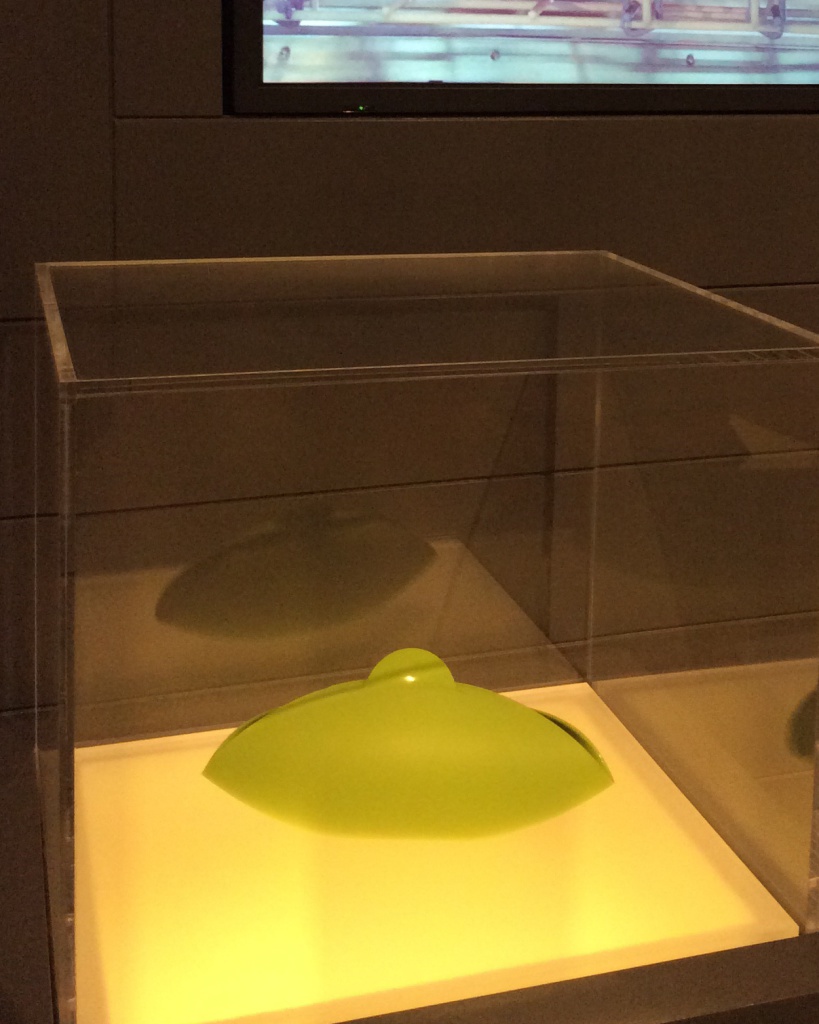 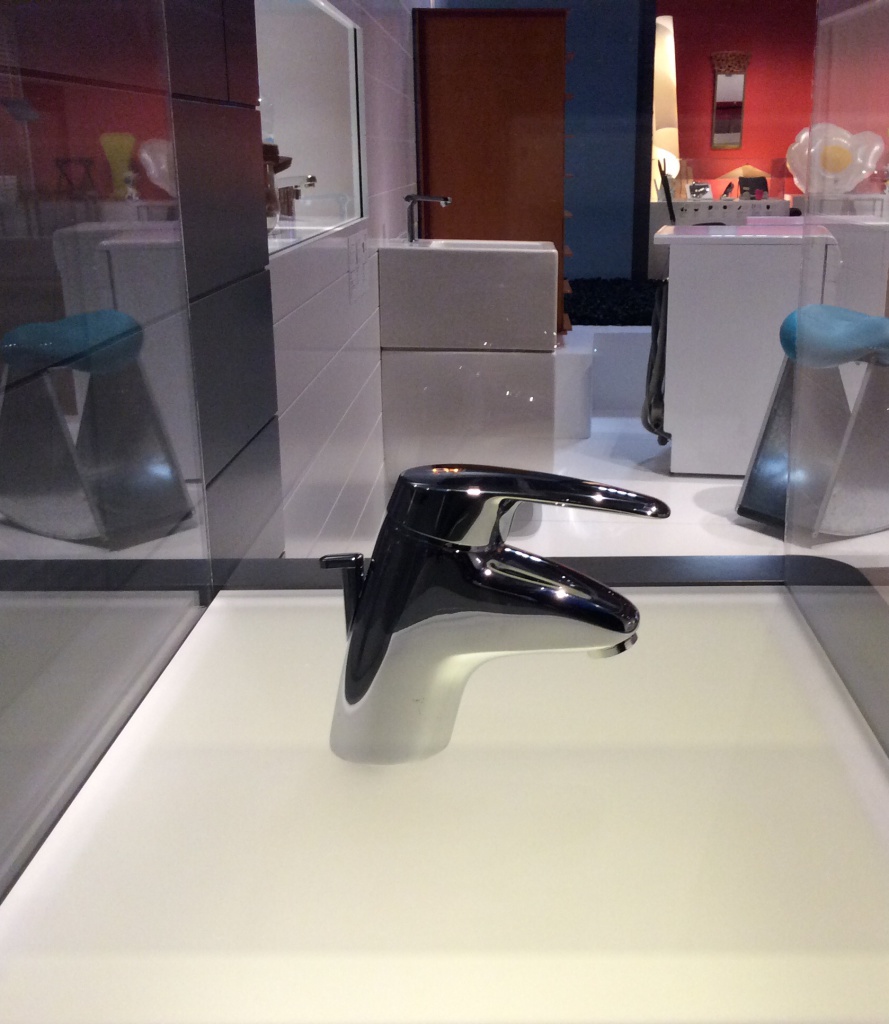