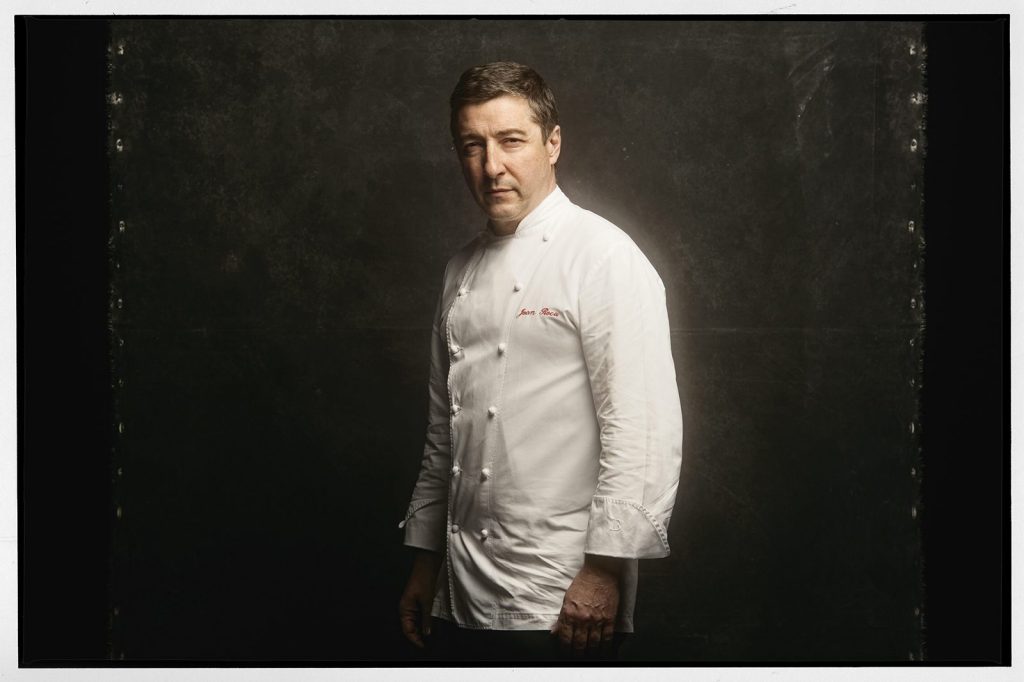 Among the culinary novelties of this month, Joan Roca’s new treasure is in the spotlight. Cuina amb Joan Roca (Columna) is a book that compiles 25 years of Roca’s experience as a chef, working for his homonymous restaurant “El Celler de Can Roca” -considered the best in the world- and as a professor at the Girona Catering School.

The volume includes 80 recipes which could be defined as “case studies” (or even scientific observations…) that teach the reader the culinary techniques demonstrated. An example of this “scientific art” would be the «Chestnuts carpet”, which was discovered one day while Roca was cooking chestnut puree. When turning the sieve, he observed the texture on the other side of the mash and was rapidly inspired.

Obviously, one should use common sense when cooking up a meal. The chef himself highlights this idea when talking about his book. He says «these are easy recipes that can be done at home with at-hand ingredients». Even though you’ll be able to find all the ingredients in the market, Roca also highlights that “you have to know when to buy each product, depending on the seasonal produce”.

The book’s motto? «You can cook well without complicating your life and going back to your roots.»

Deulonder interviewed Joan Roca, following the presentation of his book.

-What is the most important aspect of a kitchen?

The most important thing in a kitchen is the space. It has to be nice and bright so you feel like cooking. If you can eat in it, even better.

For me, kitchens are “lived in” places. It should occupy a significant part of the house. Nowadays, more and more architects take into account this vital space. Until now, it was relegated to the last corner of the house. I like integrated kitchens like the ones done before in Catalan farmhouses. There was no separation between the cooking space and the eating area.

– What do you prefer? A “laboratory” kitchen or the typical home scullery?

Let’s see…. A restaurant needs to have a sanitized kitchen, something easy to clean. But I think a private kitchen should be a nice place, like I said before. I, for one, have a library in the kitchen filled with cookbooks which are from a more “scientific” point of view though, such as Harold McGee’ s book “Kitchen and Food”. I also have a fireplace so I can experiment and create “caliu” (heat).

– What cooking tools/gadgets do you consider essential in a kitchen?

Everything is important in a kitchen. Unfortunately, some fully equipped kitchens are not properly used and only serve as décor for visits. I think a good fridge -one that offers really low temperatures- is essential. And also a good oven that grants you a precise control of cooking times. Apart from that, the more tools the better…. Like knives that actually cut, for example! We should get into the habit of sharpening them. There are also (multitasking) devices that help us work, such as crushers that also bake, steam cookers that work at low temperatures….  In any case, it’s important to apply common sense when using them.