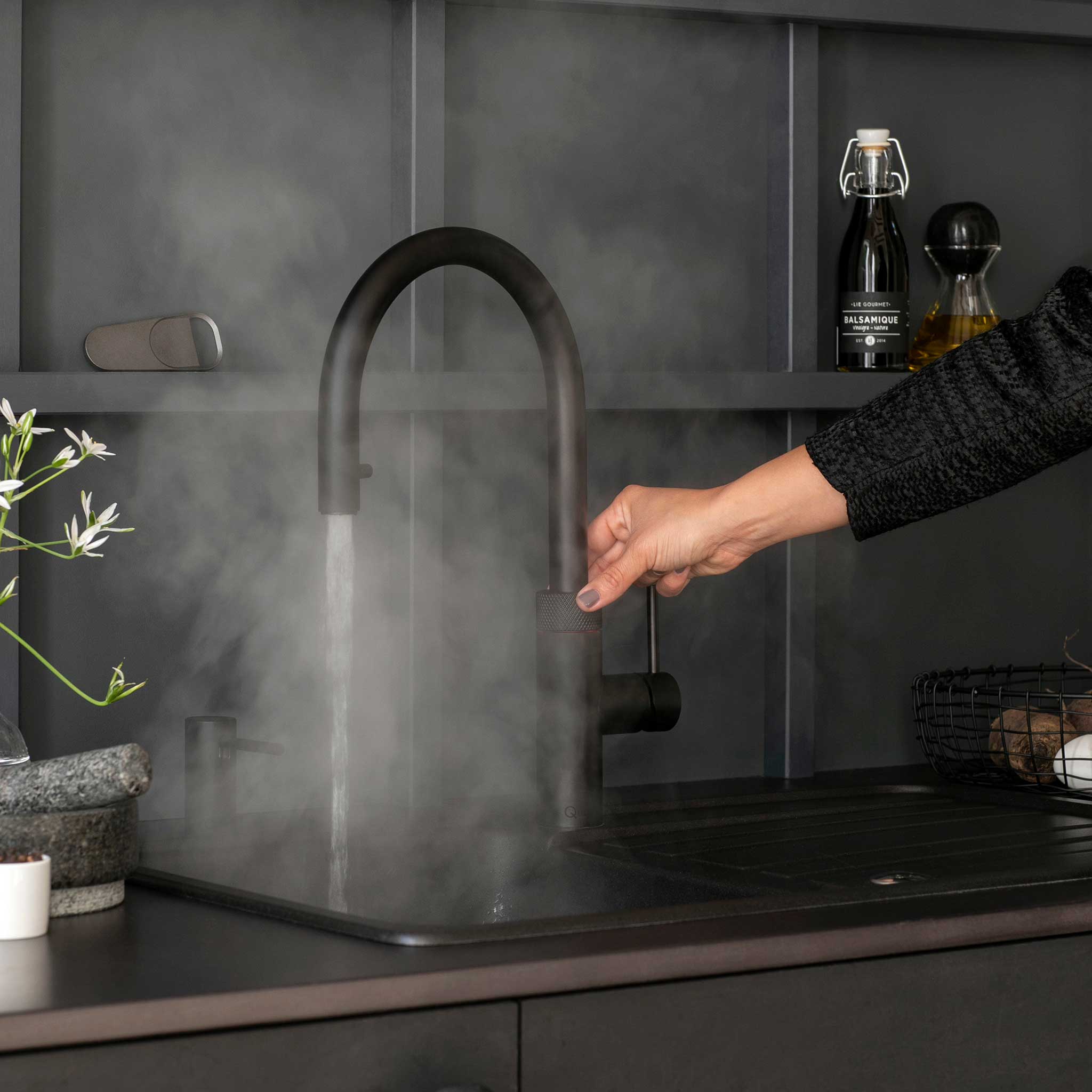 Deulonder bets on Quooker, the faucet that does it all

Deulonder distributes Quooker Dutch taps that allow you to have cold, boiling and sparkling water 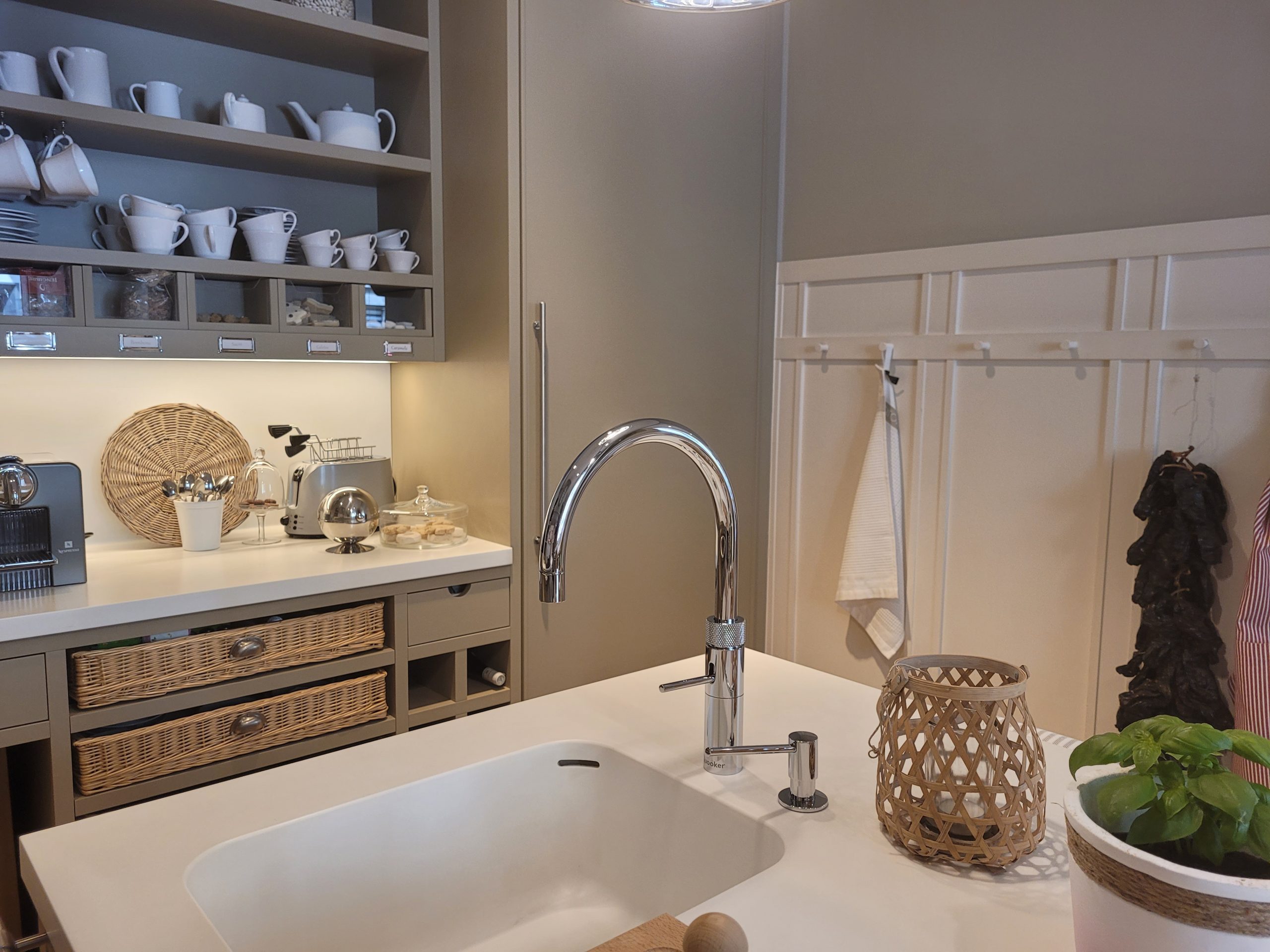 Deulonder equips its kitchens with the latest technologies. It is not surprising, then, that you opt for the Quooker system of taps, a mechanism that allows you to have water boiling at 100 °C, hot or cold water, and cold water with gas, all from a single tap. The water is also filtered in all cases.

Thanks to this mechanism that is installed under the countertop, so that it remains invisible, you can save time and energy and, above all, water, since you do not have to boil more water than necessary. Besides, it is more sustainable because there is no need to buy water in plastic bottles, both mineral water and sparkling water. 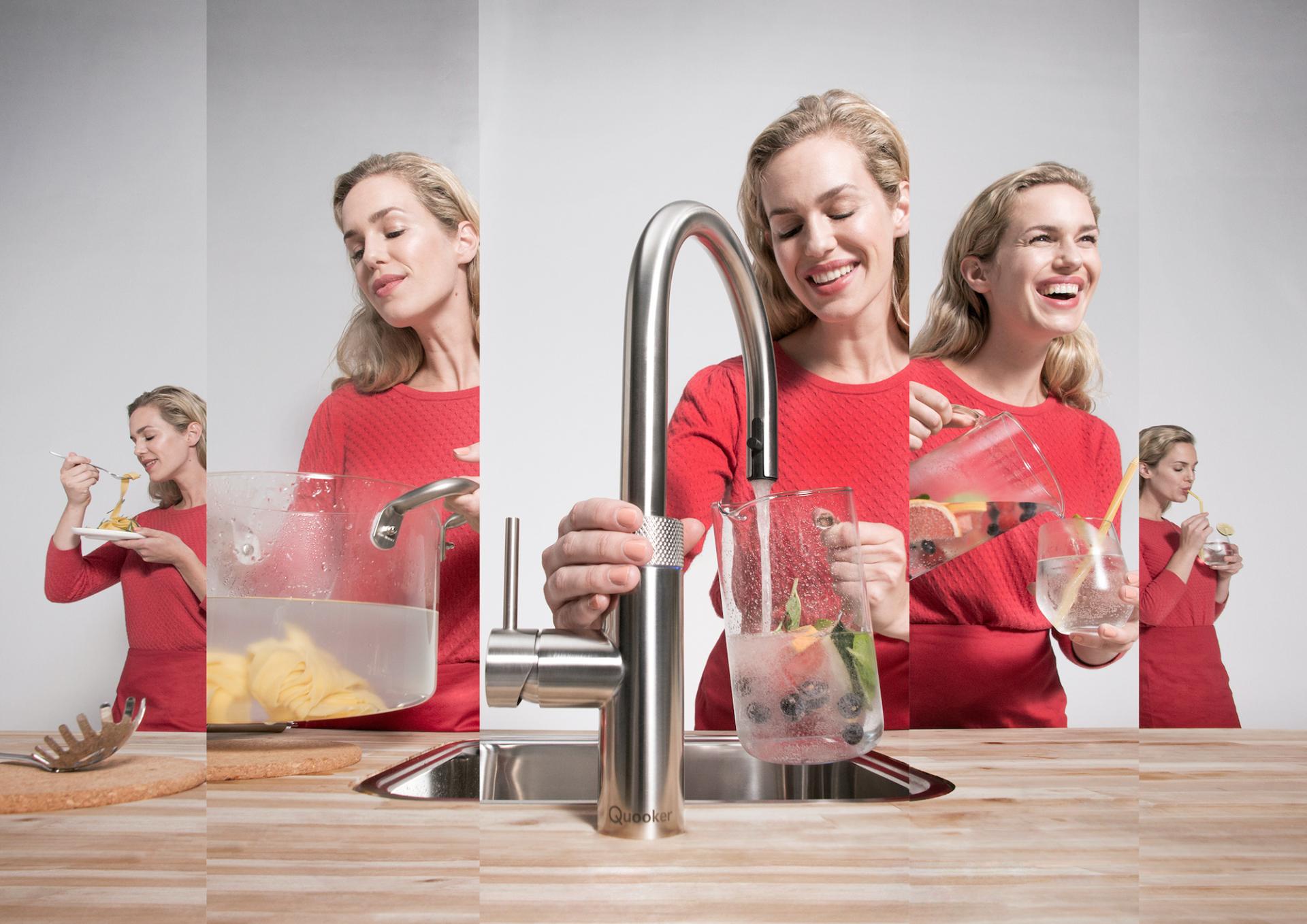 At the energy level, Quooker consumes only 10 watts in standby mode. The system has received the highest energy rating from Europe, an A. Once the Quooker faucet has been tested, it is difficult to go beyond it because it is very practical to be able to instantly have boiling water to prepare teas and infusions, and also to be able to speed up the cooking of pasta and rice. Without forgetting other uses such as blanching tomatoes to peel them quickly or preparing instant soups. 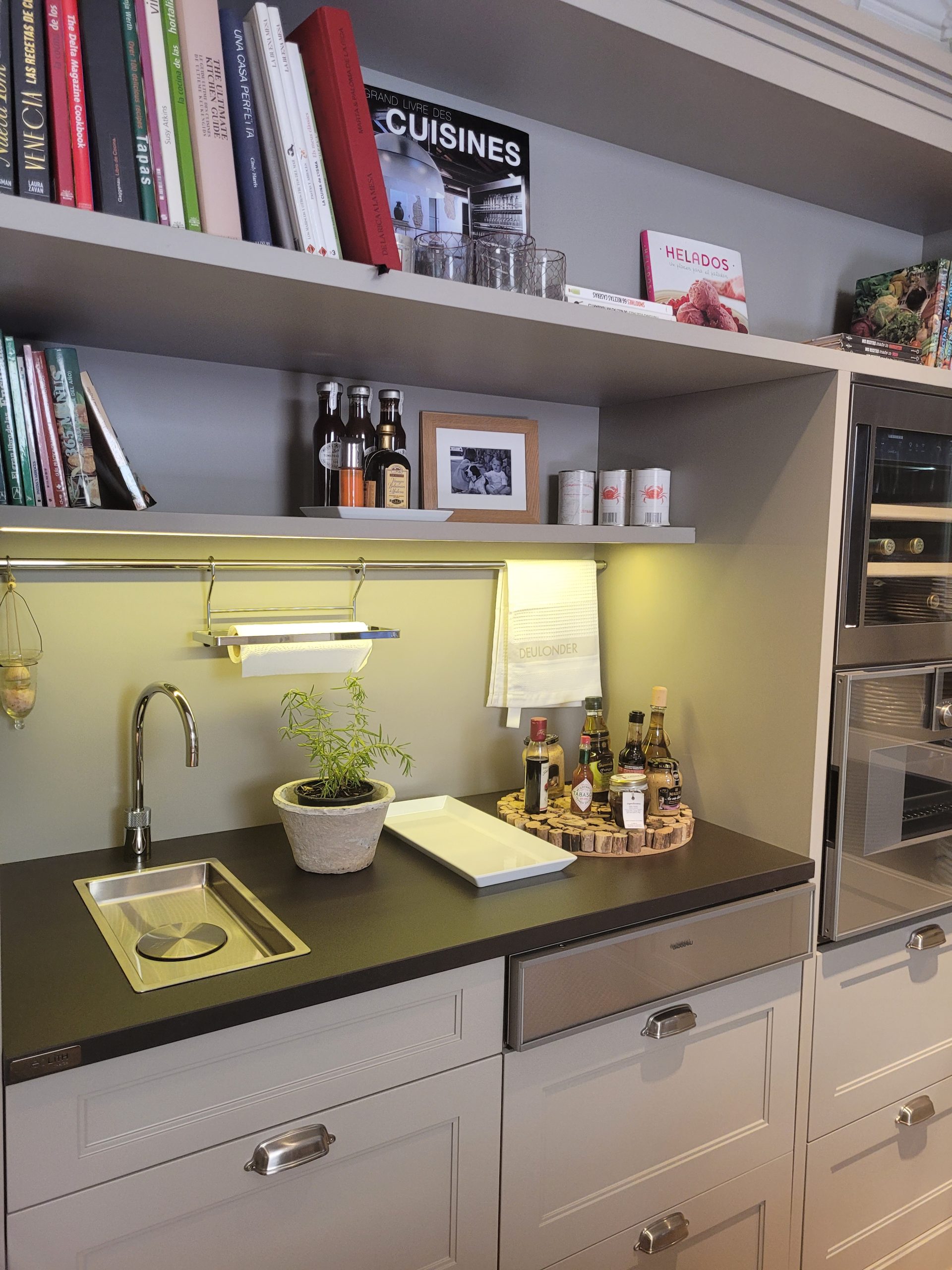 Quooker faucets have a double insulated handle and are therefore always cool and safe to touch. In this point they are different from traditional kettles, which can always fall causing accidents. In addition, they are proposed in a range of colors and styles to adapt in each case to the kitchen and the needs of the consumer. 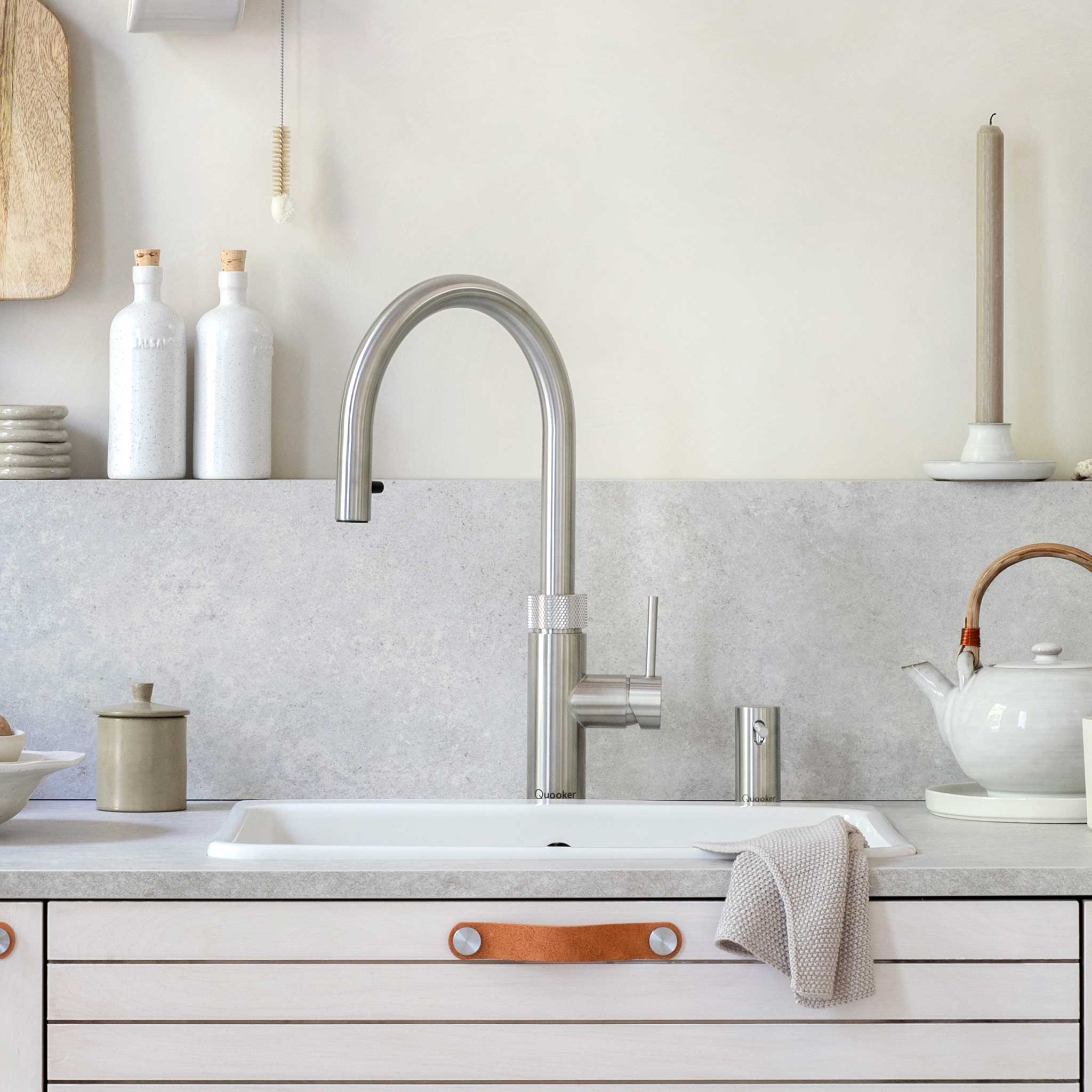 The history of this Dutch company is linked to the name of the Dutch designer Henri Peteri. On a visit to London, where he was presenting a new type of instant soup in 1970, he thought it would be interesting to invent a system for quickly boiling water in the kitchen. Peteri developed the first prototype of a boiling water faucet. The first patent was issued in 1972. Since then, the faucet has been developing and adopting different designs, reaching six models. In parallel, the tank design was developed up to the newest, the CUBE, presented in 2018. 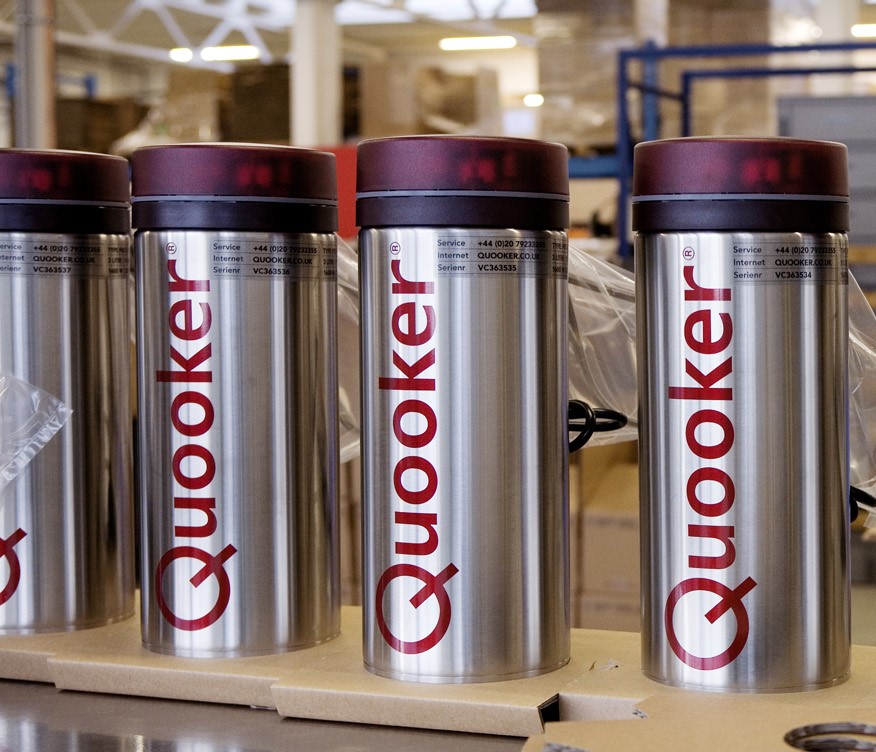 Quooker is currently marketed in more than 15 countries, and Deulonder is a distributor in Barcelona.