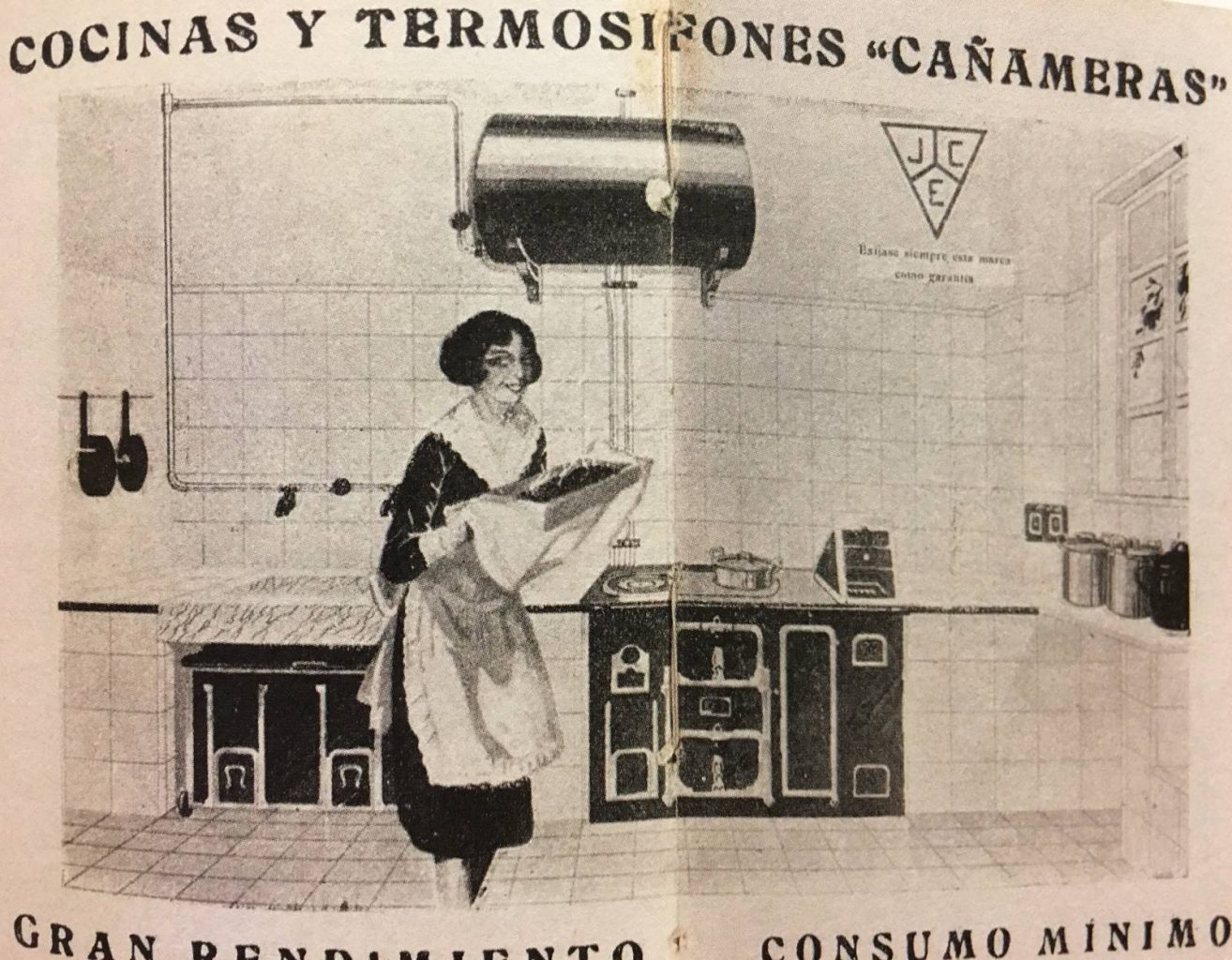 The kitchens of Barcelona, ​​the evolution of a society

A Book studies the kitchens of Barcelona from 1859 to 1976, and offers a portrait of how this central space of the home has been transformed

Kitchens of Barcelona. The domestic laboratory of the modern city (1859-1976) (Comanegra), by Isabel Segura Soriano, is the first study devoted entirely to cuisine in the context of Barcelona. It is divided into four very different stages, which trace the evolution of this central space of the home, but at the same time relegated to being a space basically for women. The author reviews at first the innovative ideas of Ildefonso Cerdà and Garcia Fària in a period that goes from 1859 to 1896. For the first time one thinks of the kitchen from the practical point of view and, for example, it is arranged that the kitchen have direct ventilation to the interior patios of the buildings. Apart from this, it must be said that they were pretty basic kitchens.

Next, the author analyzes the spacious kitchens of La Pedrera, which for the first time are located near the dining room, although isolated, as well as those of the first cheap houses built in the city (1897-1929). In a third moment, life in the city is reviewed during the Second Republic and the outbreak of the Civil War (1930-1939), and finally enters the first housing workers of the housing estates, the arrival of the industry of the appliances and the emergence of design standardization. For years, the kitchens were placed in small rooms hidden to prevent odors from spreading throughout the house, and it took a long time to integrate it into the rest of the home. The usual practice in simple homes to unify the kitchen and dining room was rejected because it was equated with barracks.

Reading the history of cooking in the city of Barcelona is also understanding the history of the emancipation of women, since these spaces are traditionally designed for female use, whether maids or housewives, according to time and social class . Isabel Segura maintains the thesis that this sexual segregation of spaces within the home is basically due to the fact that men are architects who conceive these spaces. One only has to see the devastating statements of the father of rationalism in architecture, Le Corbusier, about kitchens. In 1976, the Catalan Women’s Conference was held, marking a before and after in feminist development since women’s domestic work conditions were discussed. By the way, an open kitchen model of North American style was increasingly imposed, a trend that continues to this day and which we defend in Deulonder because it integrates the kitchen, a privileged place of family reunion, into the rest of the house.

Le Corbusier said: «The woman will be happy if the husband is happy, the smile of the women is a gift from the gods, and a well-cooked kitchen is the price of peace in the home, make your kitchen the place of the smile female! «

One of the most interesting aspects of the book is the study of the revolution that represented the introduction of household appliances for urban households. «Moulinex liberates woman», read the announcement of the time of this popular brand. It was in the mid-twentieth century when the kitchens began to be «connected», that is to enjoy gas, electricity and water, and from here the evolution was unstoppable. Segura shows how from the fifties and sixties refrigerators and freezers become one more piece of the dining room and then they will end up moving to the kitchens, which will grow in dimensions to accommodate modernity.