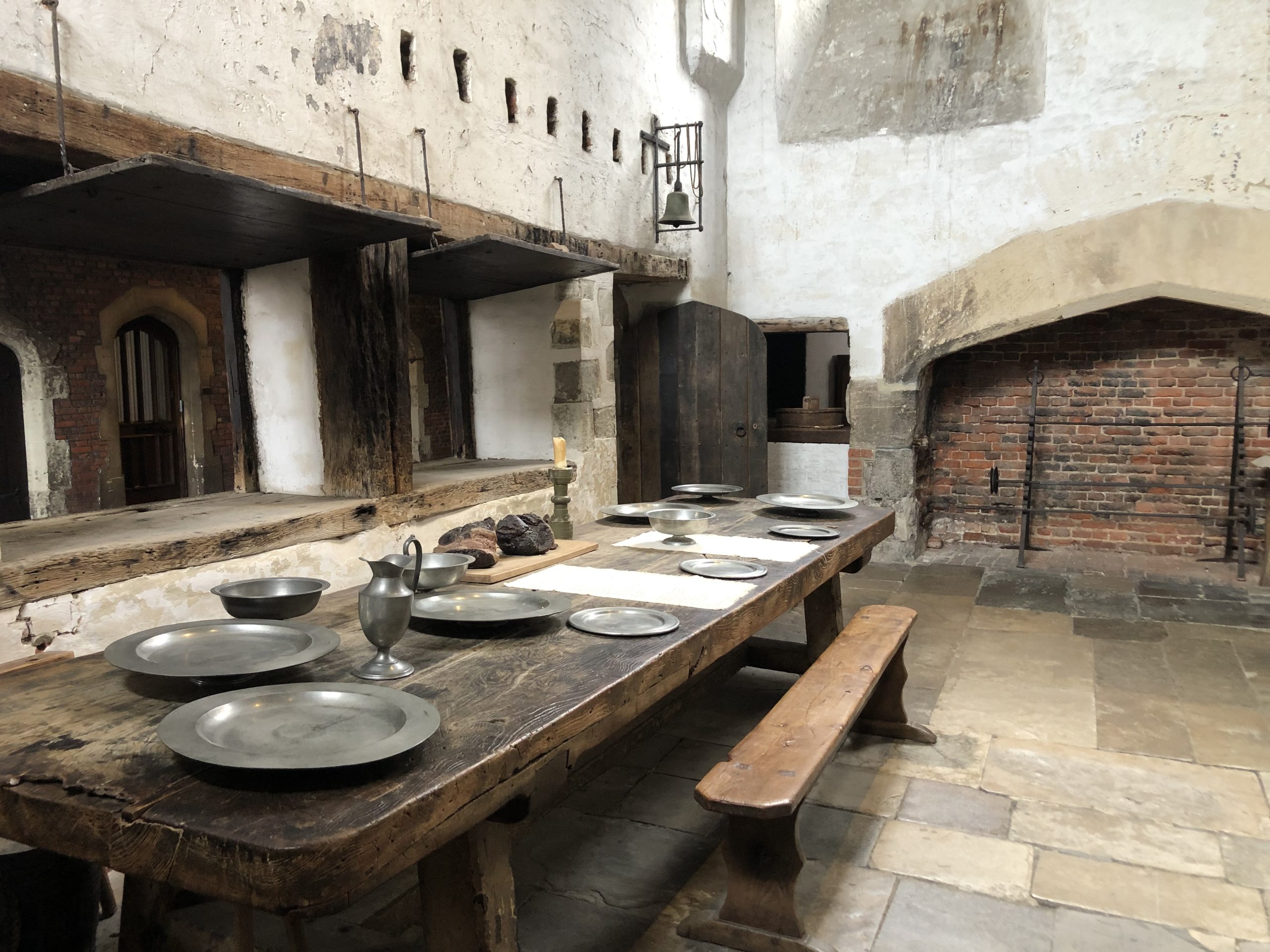 The royal kitchens of Henry VIII

At Deulonder we are very clear that the kitchen is the heart of any home. This August we stopped to visit one of the oldest surviving Renaissance kitchens in Europe: Hampton Court 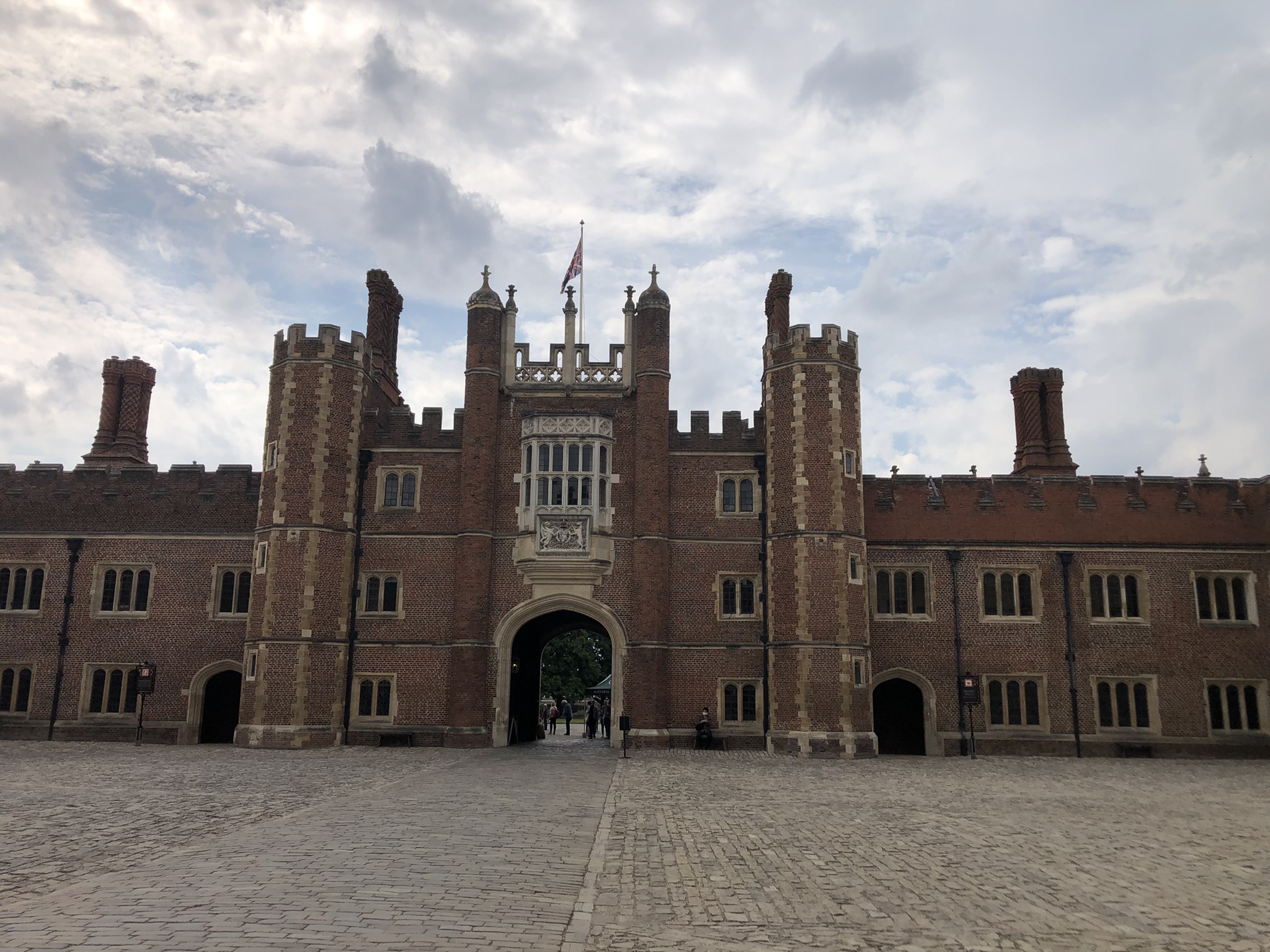 Located in South London, Hampton Court is one of the most impressive palaces in England, both for its red brick architecture and for the king who injected all the glamour: Henry VIII. 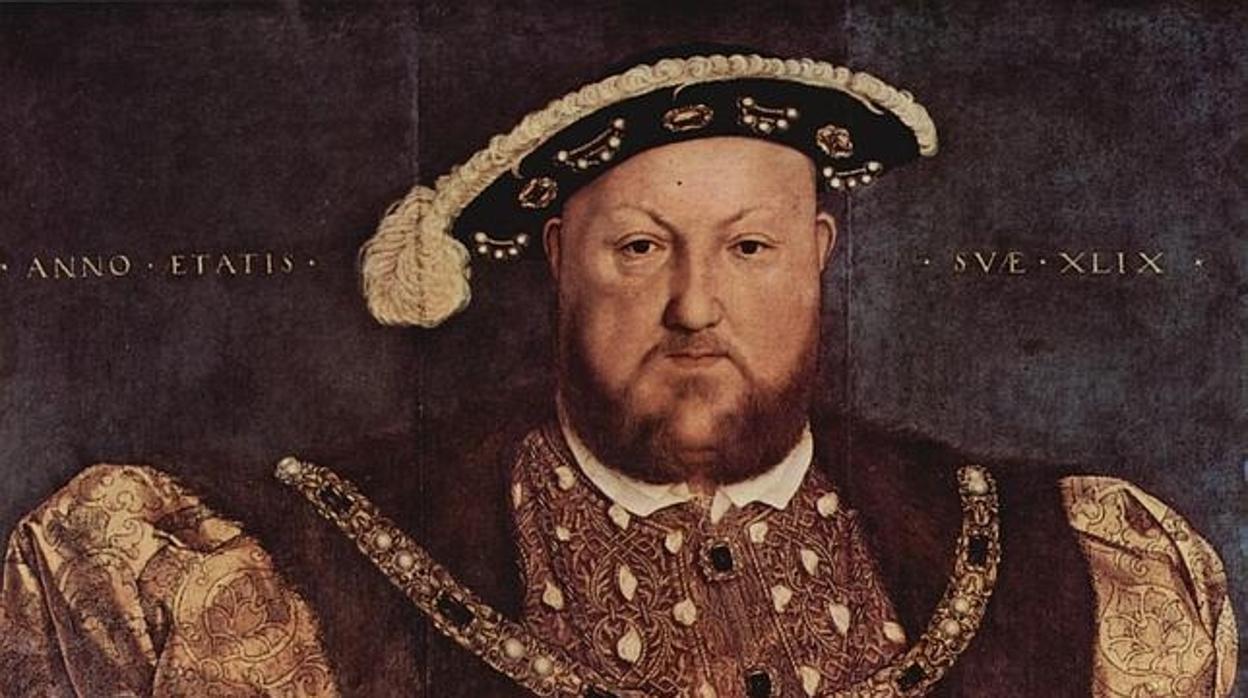 It was the clergyman and politician Thomas Wolsey who bought Hamton Court in 1514 and Henry VIII who toke it from him when he failed to convince the Pope of Rome to annul his marriage to Catherine of Aragon. We already know how the story continues: Henry VIII created the Anglican church and was able to marry Anna Boleyn. 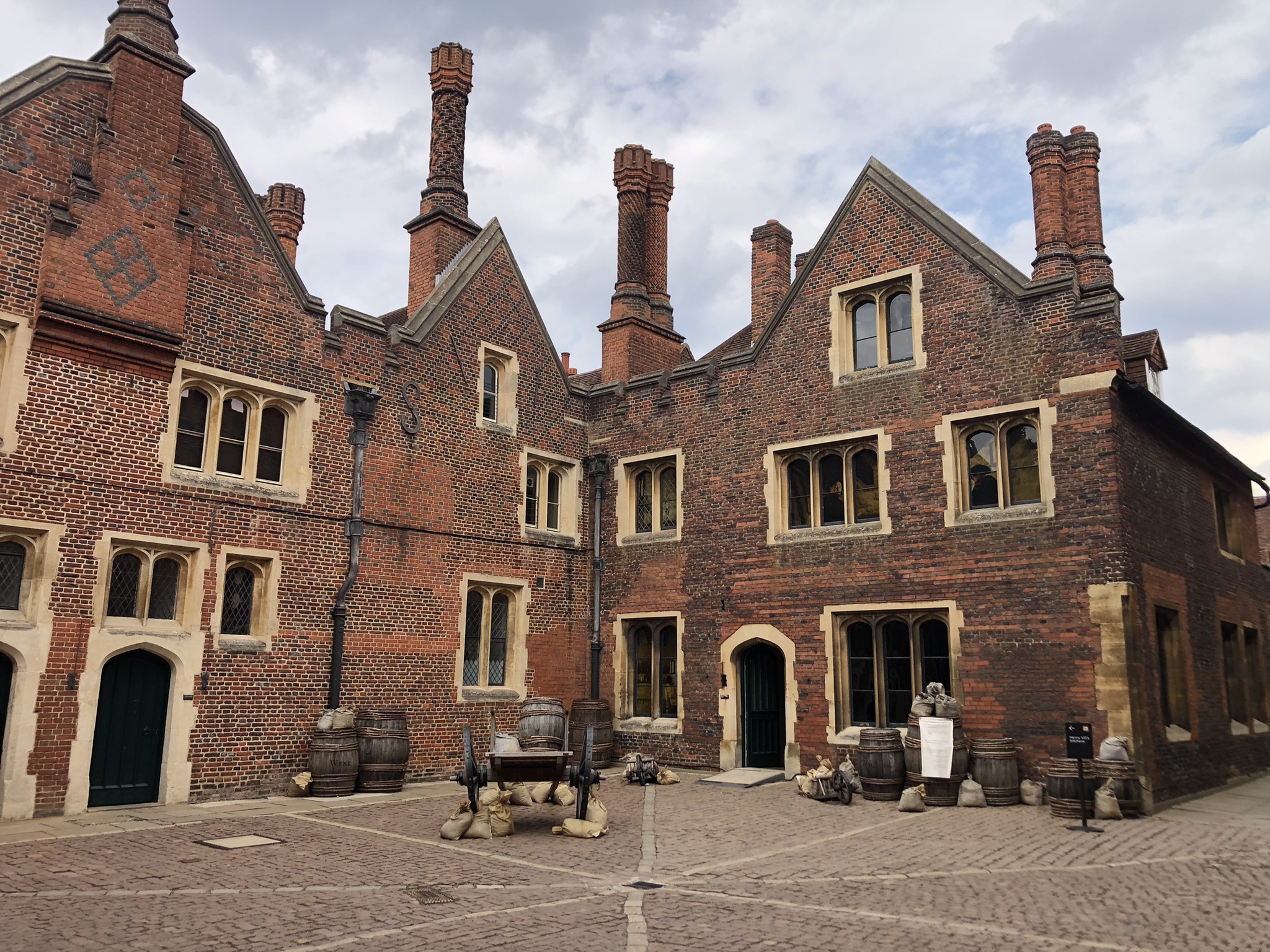 But the most famous monarch of the Tudor dynasty liked not only to chase women, but also to eat lavishly. The palace includes an extensive wing where you can still visit the kitchens, a huge food factory where more than 12,000 meals a day were produced to feed the entire court. We are talking about 460 people. 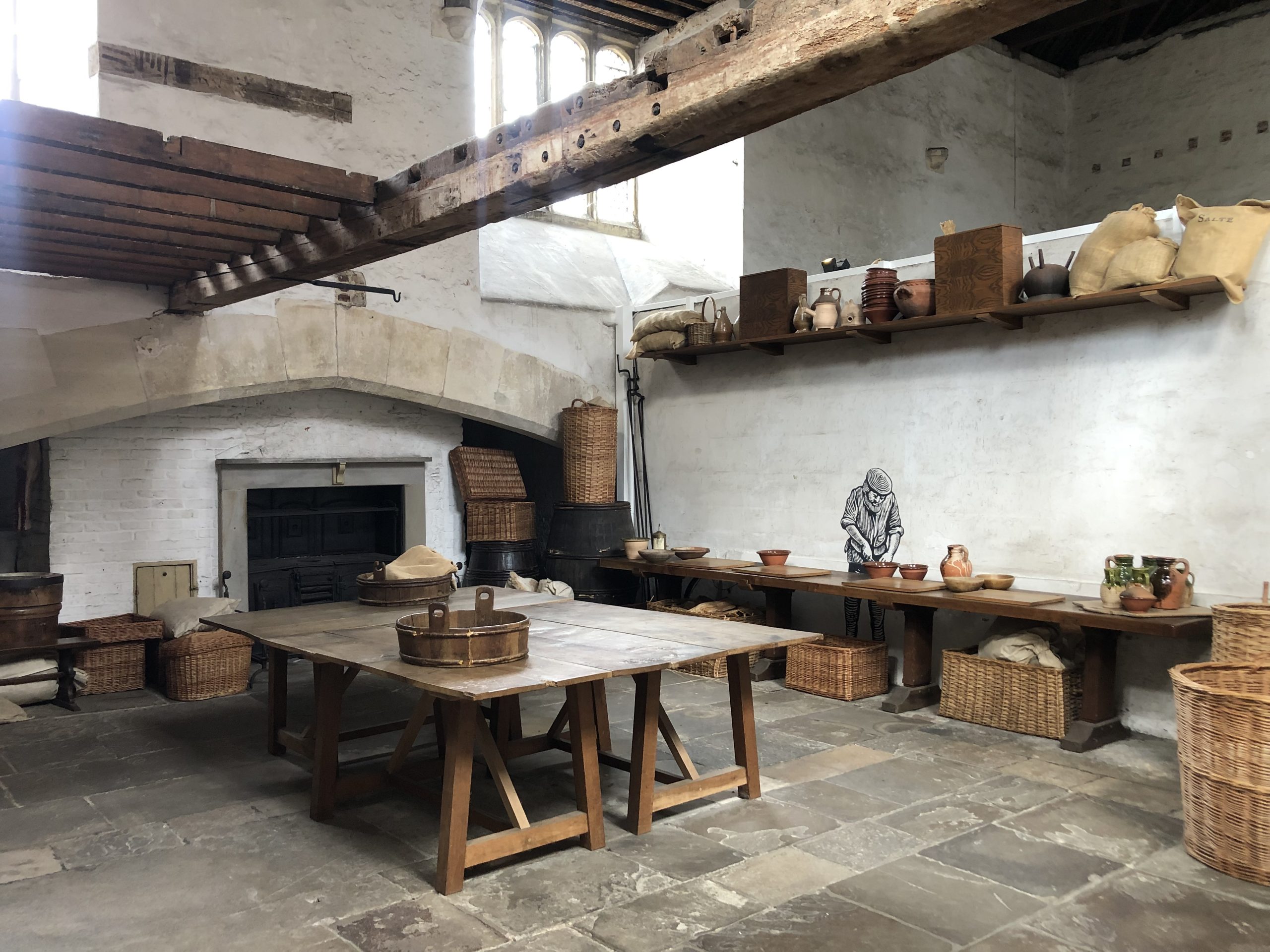 Several rooms are used for food preparation and cooking. The largest, with a spectacular central fireplace, allowed whole steers to be roasted. Every year 1.3 million logs were burned in the different fires of the kitchens. The Tudor court enjoyed meat practically every day, which was quite a privilege in a century, the 16th, in which proteins normally came from smoked, salted or cured products. 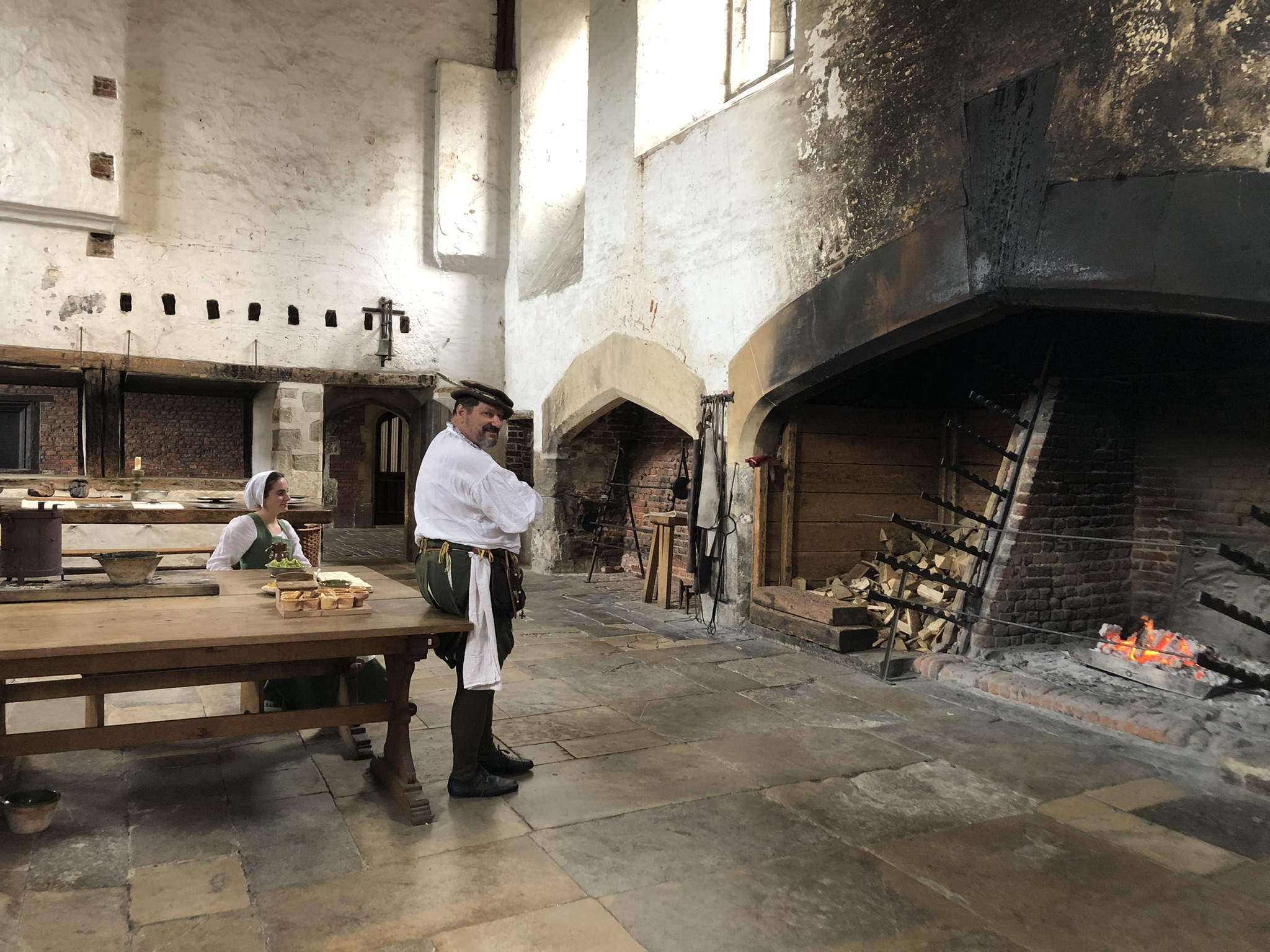 The quantity and richness of the food was the thermometer with which the power of the king was measured at the time. Therefore, the king did not spare a thing. In the different pantries, a large quantity of food was kept, many of them coming from far away, such as sugar from Iraq, olive oil from the Mediterranean, or ginger from China. They also had a royal garden with rare varieties of fruits and vegetables. 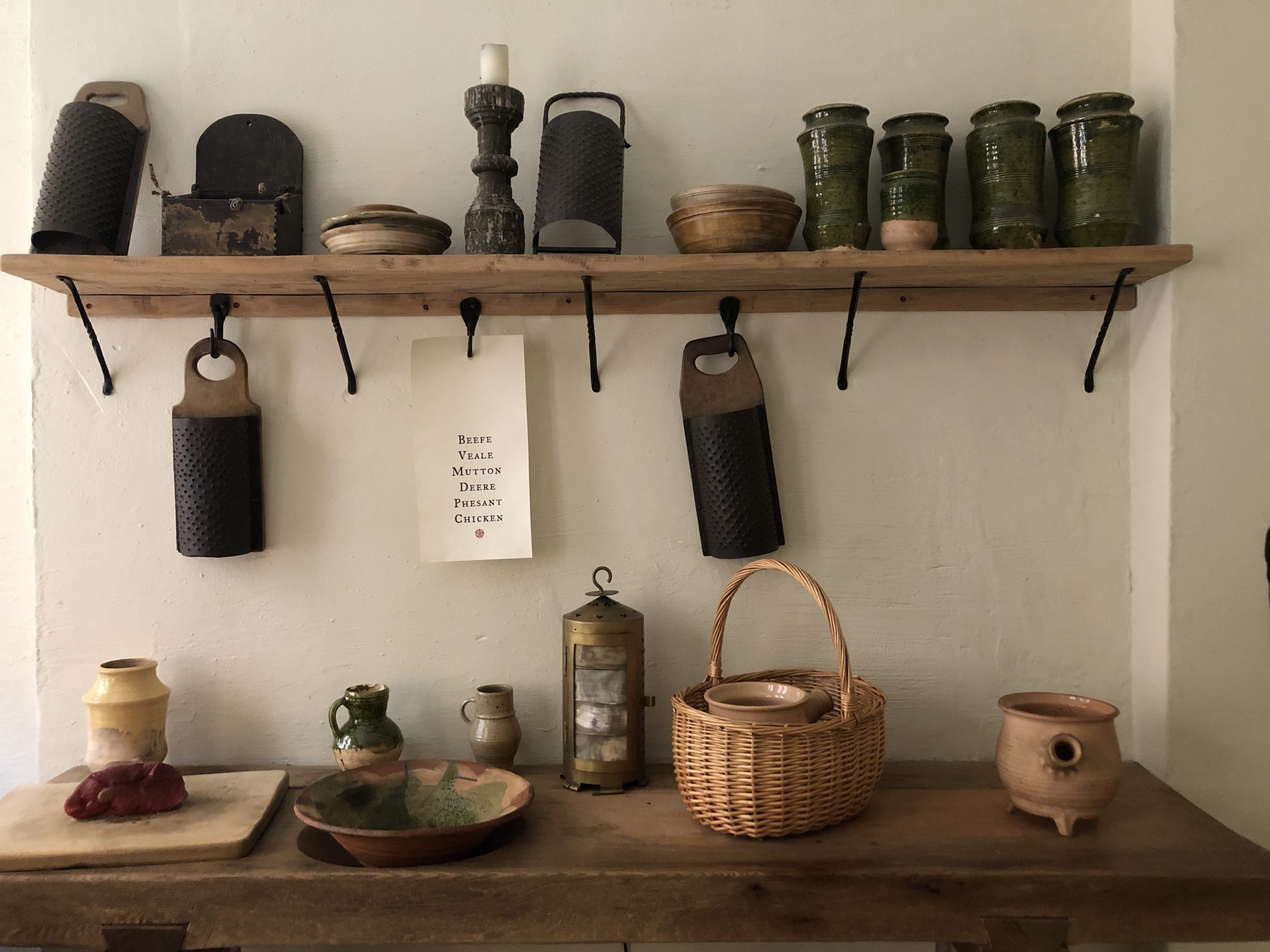 In addition to the rooms dedicated to storing crockery and other products, there was an immense cellar that is still preserved. 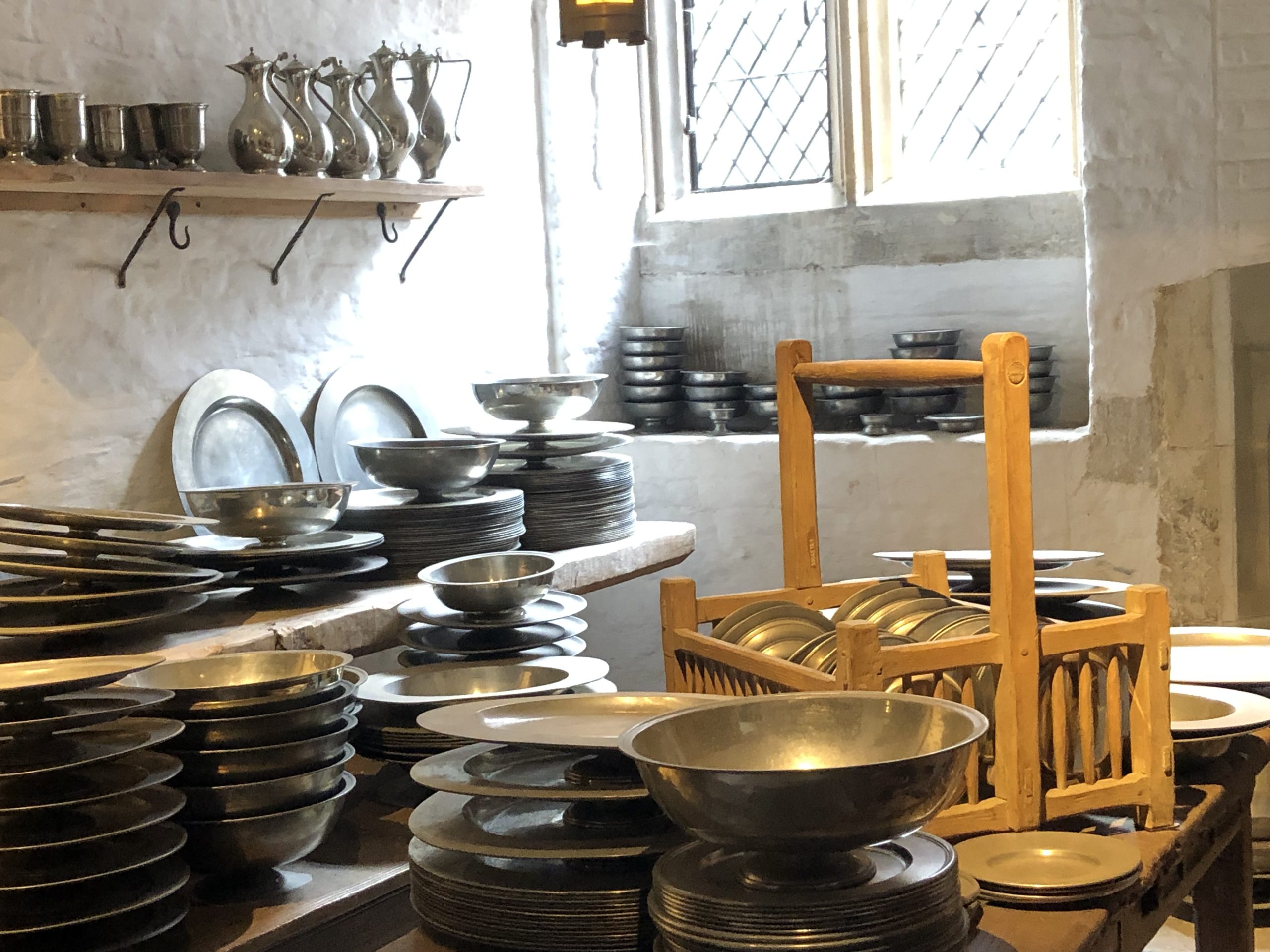 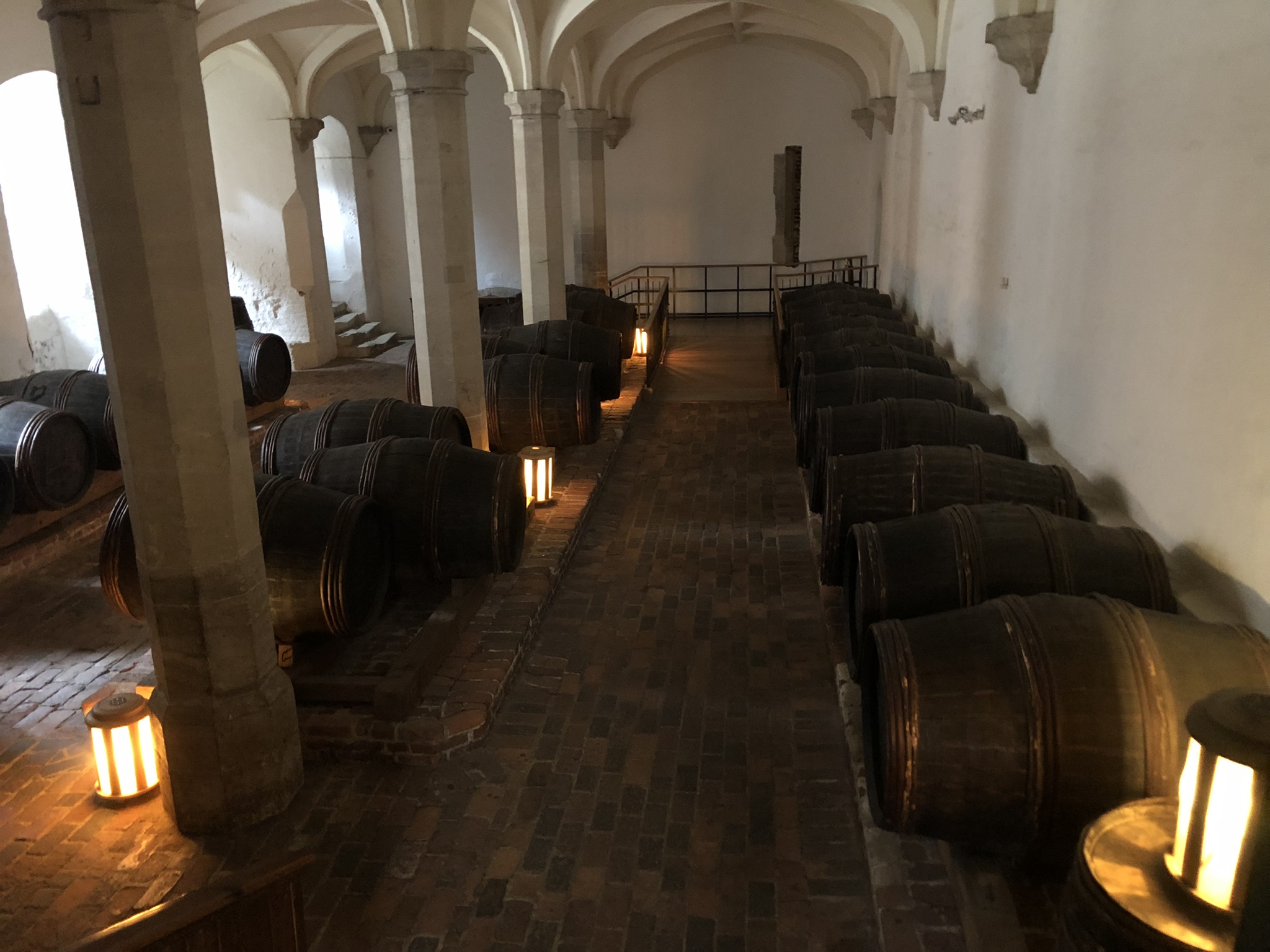 At Deulonder we have noticed George I’s chocolate kitchen, a space designed exclusively for preparing and experimenting with chocolate. George I, Prince of Wales, was the first of the Hanoverian dynasty to reign in England (from 1714 to 1727). 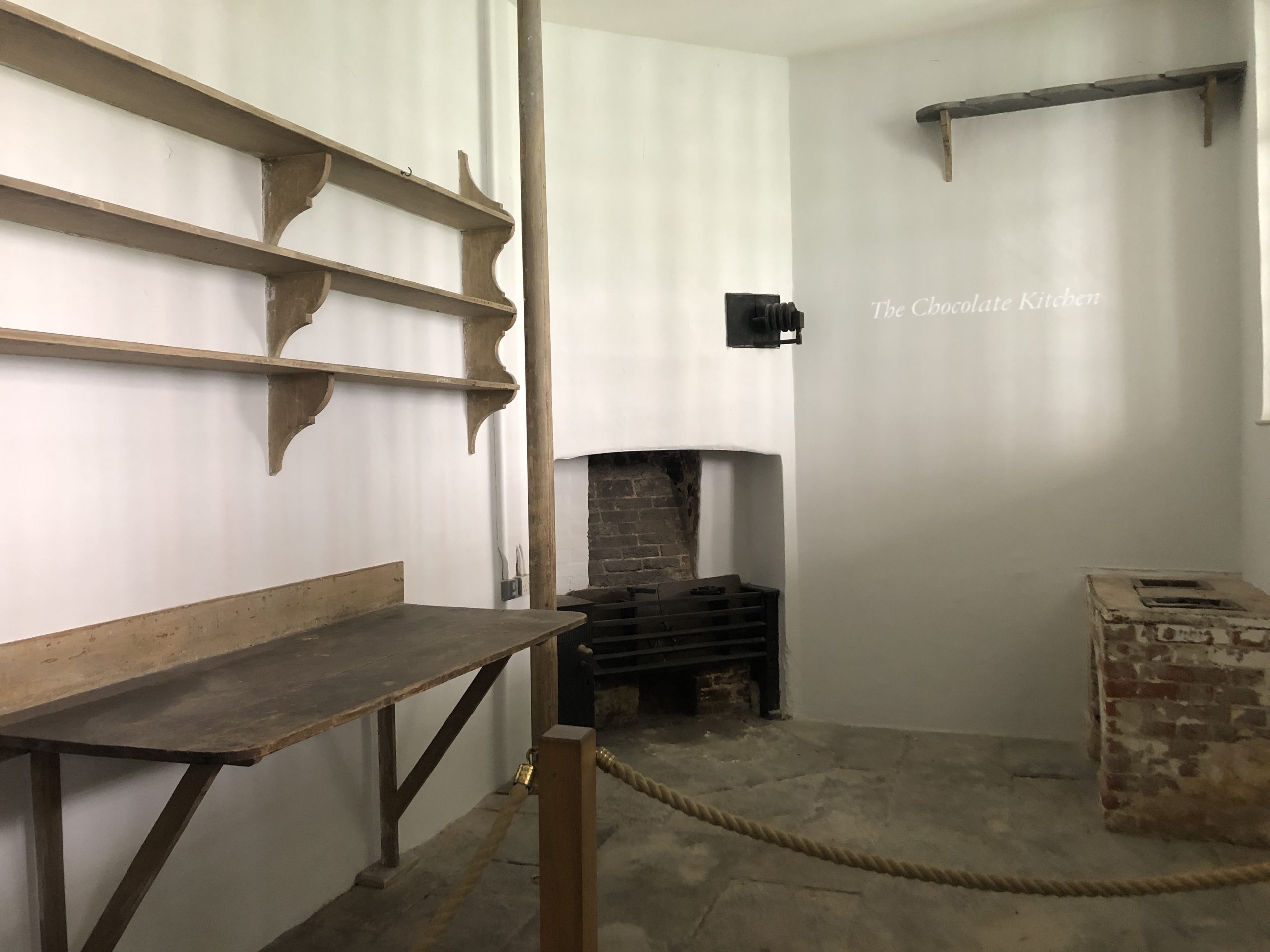 For two centuries, from 1530 to 1737, the kitchens of Hampton Court were an anthill of people coming and going, preparing dishes, cooking and carrying sacks. In fact, it is known that it was a very hard job, especially for those who dealt with the quartermaster. To get an idea of ​​how crowded the kitchens of Henry VIII were, you can watch this video. As for the recipes, here is the menu for a holiday: 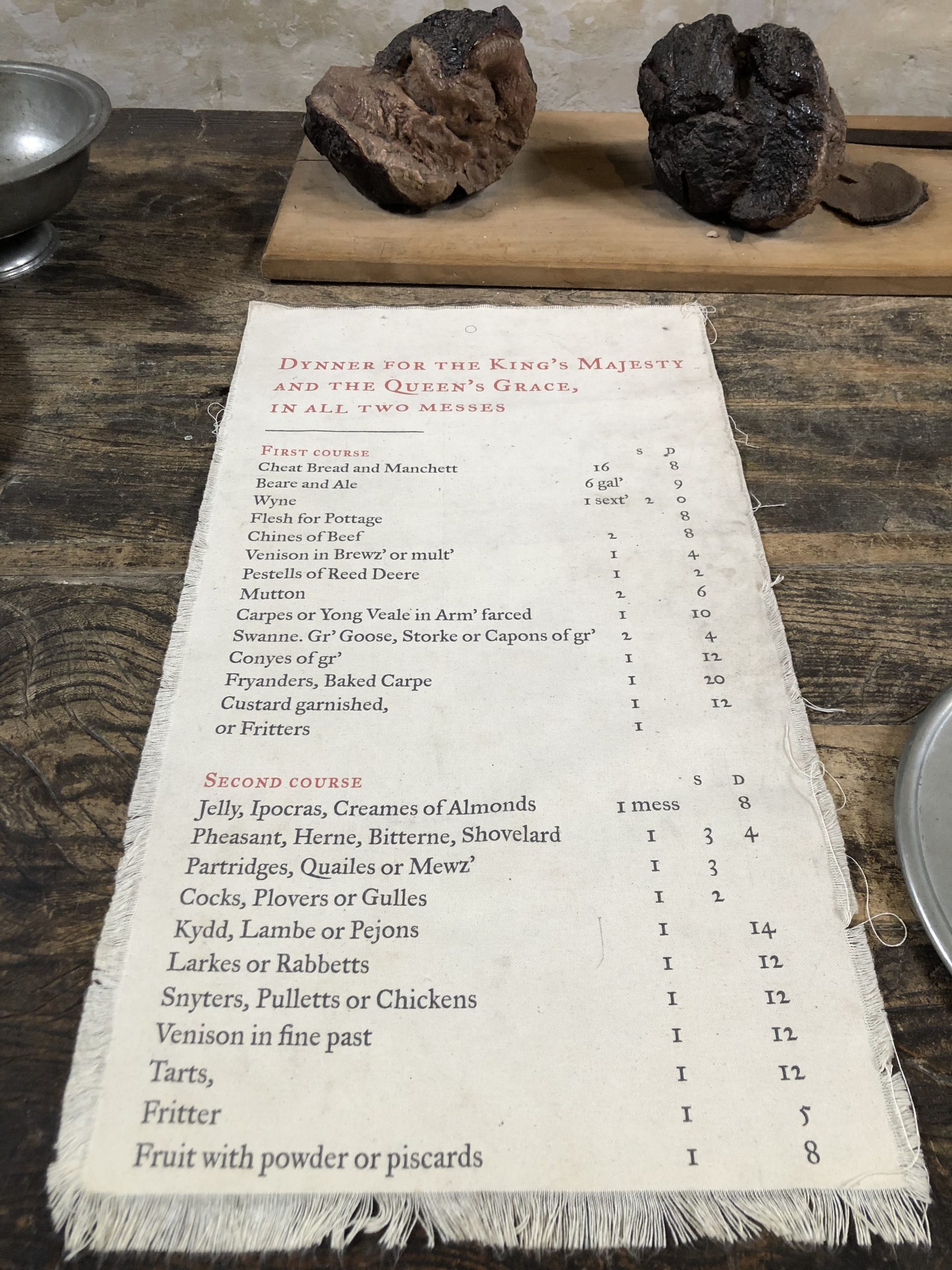