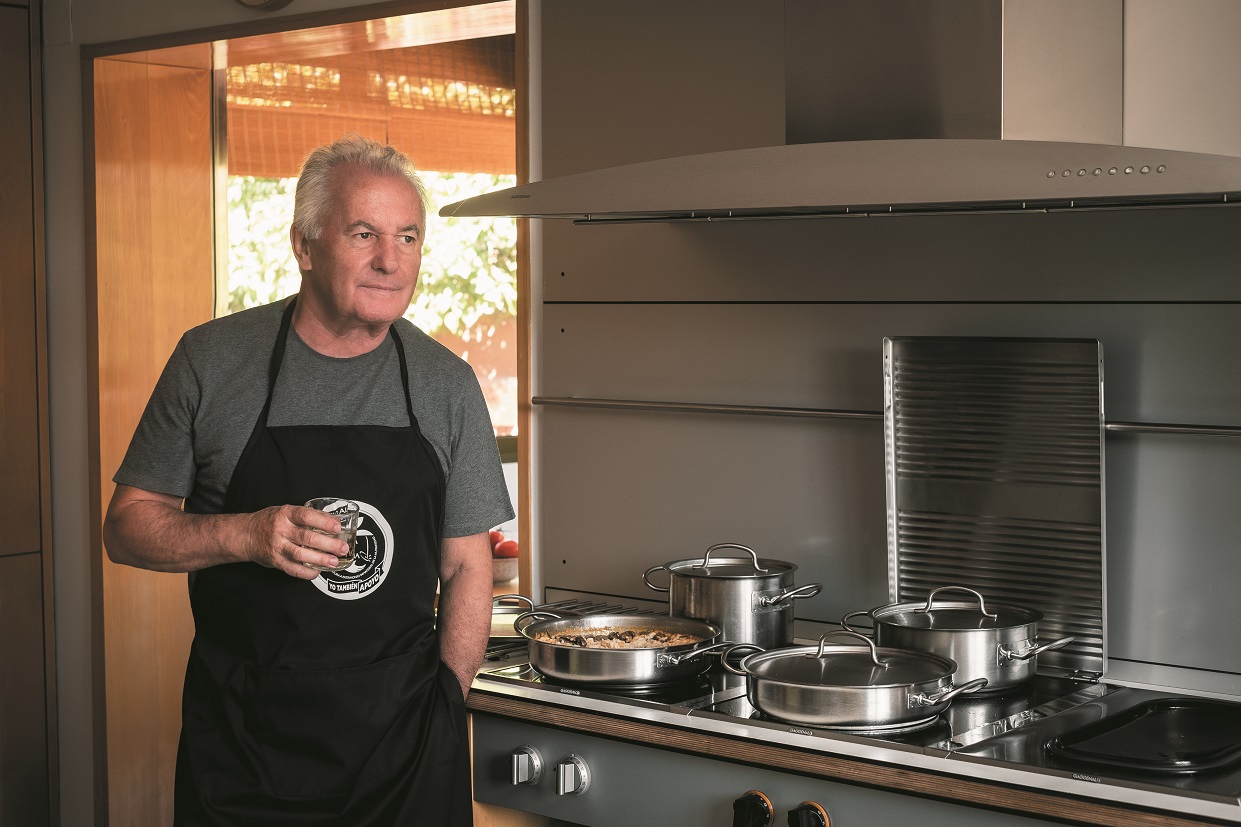 The Aguilar publishing house has just published the cookbook ‘Taste is mine. One tour through the flavors and memories of my life ‘, an itinerary through the life of Victor Manuel with the guiding thread of his passion for cooking that Deulonder has called our attention for his originality.

It is not a recipe book, but rather a memoir in which the singer evokes anecdotes related to food and cooking. Used to travel a lot for his artistic career, Victor Manuel has often found himself sharing meals with personalities of all kinds and around the world, especially in Spain and Latin America.

We already knew that Ana Belén’s husband was a gourmet and an inveterate cook, «cooking makes me happy,» he said in an interview, and for this reason, many of these stories related to cooking are accompanied by recipes he himself has Elaborated.

After publishing his memoirs, Before it’s too late, his editor encouraged him to write a book around this essential place in the house as is the kitchen. Just remembering the moments he has lived in the kitchen accompanied by family and varied friends is «excited», and confesses that one of the characters he has most present when entering the kitchen is his grandmother. Some of the dishes that Victor Manuel remembers is the «sweet tortilla» prepared by his mother, who sold eggs and chicken in the market, and like many were broken, because at home they used them to make tortillas with bread and eggs, a dish That seems most delicious.

«In the end the simplest is the one that moves me the most,» says the singer, «cooking is an attitude,» he says in apromotional interview
.