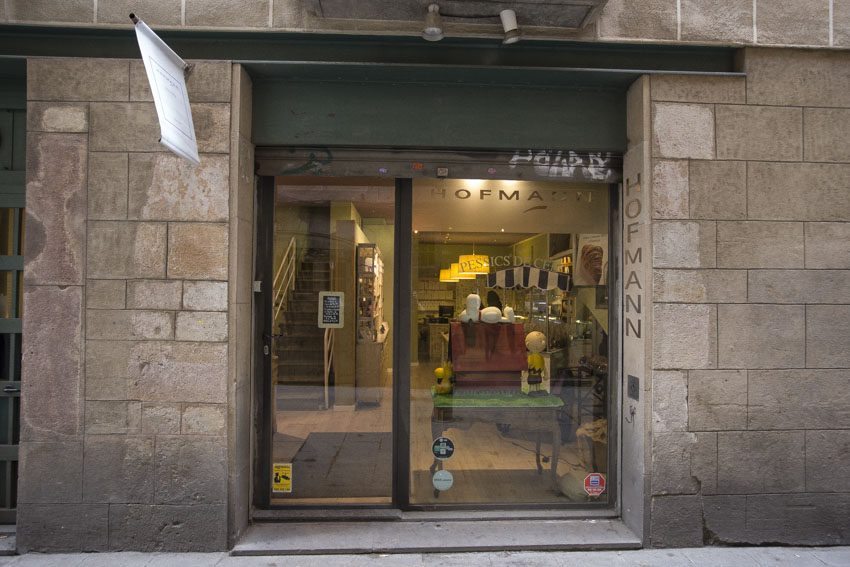 The coolest chocolate «monas» in Barcelona

At this time of the year, the windows of all bakeries and pastry shops are filled with chocolate cakes of all kinds. We have noticed those ones created by Hofmann because they are like pieces of art. Hofmann is in the Born, Barcelona

The Hofmann bakery, located at the Flassaders, 44, is a small space, but full of irresistible deli. The soul of the place is the German Catalan family Mey Hofmann chef , who wanted to reproduce the small cakes she made in the German boarding school where she was as a young girl, very «soignés» sweet cakes, which took plenty of time and dedication. These days stand out in the shop window; «monas» made by the students of the School of Pastry linked to the establishment. All these «monas» are made by craftsmen and the motives are related to the most fashionable children’s characters such as Charlie and Snoopy. 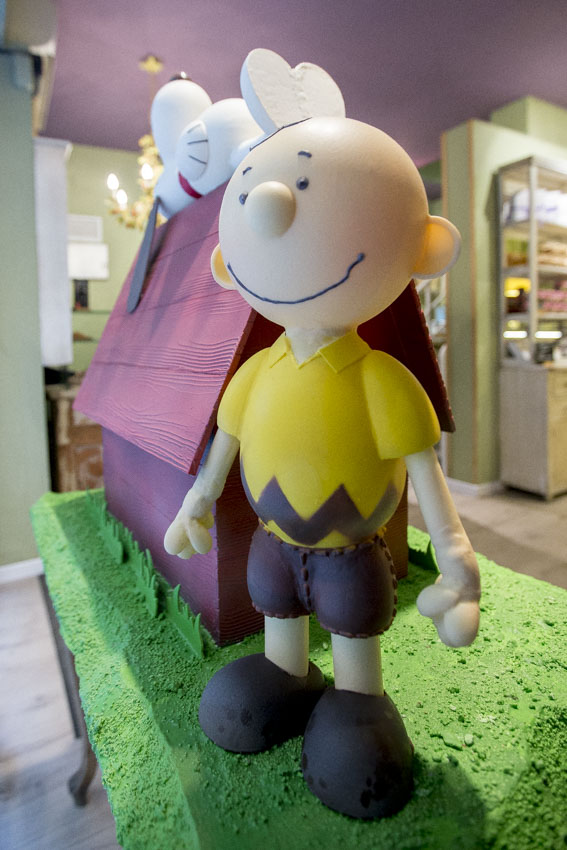 Not to forget a colossal R2D2 of Star Wars, the biggest pieces are only decorative. 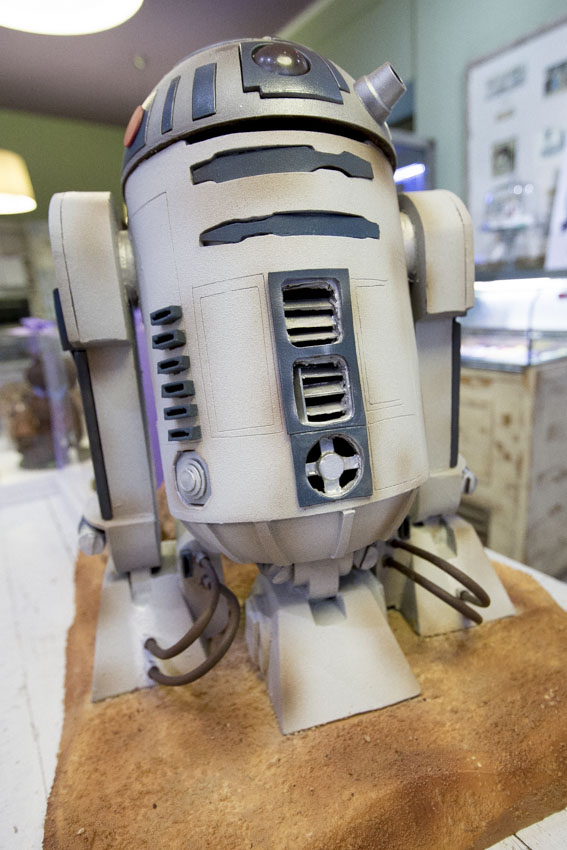 The house specialties in terms of «monas» are cute animals as nice as sheep, chickens and gorillas, made entirely of chocolate. 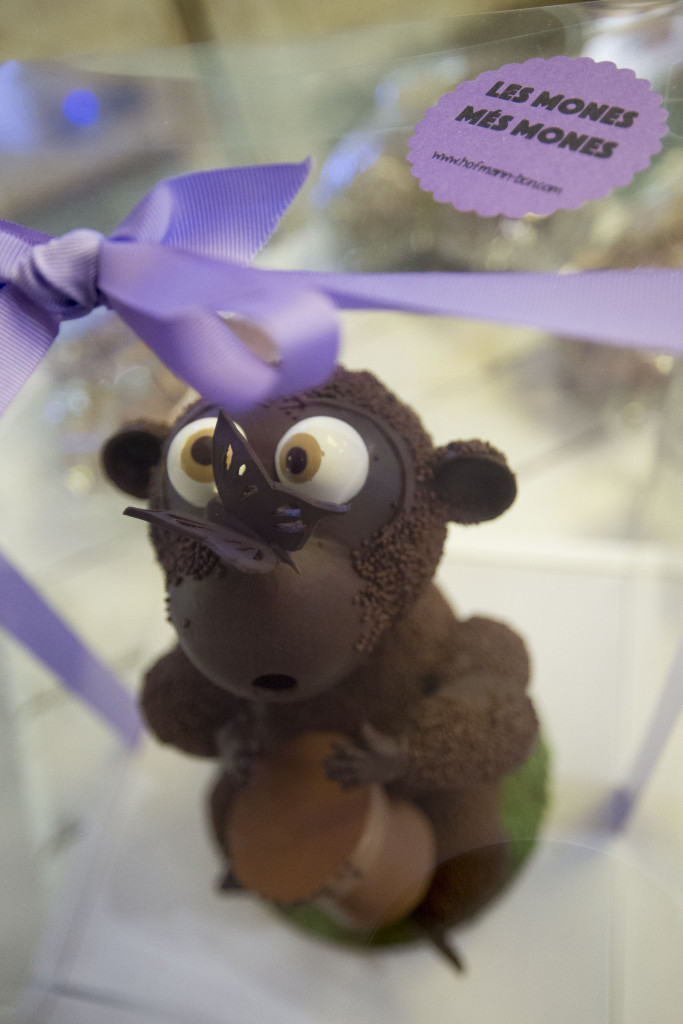 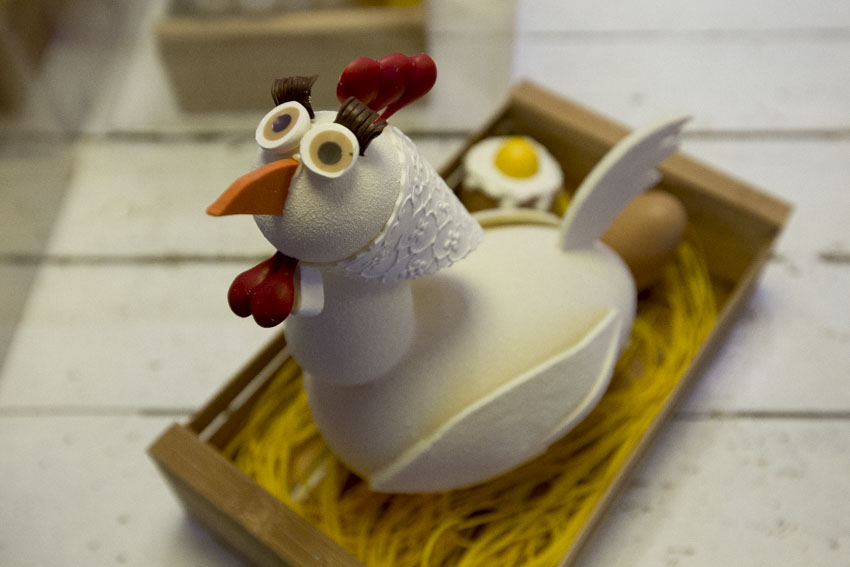 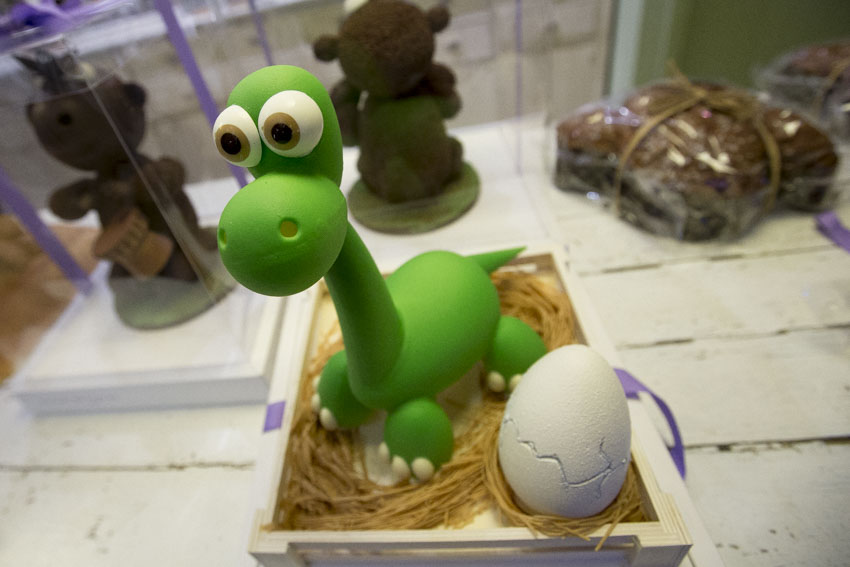 It cough our attention while visiting Hofmann some sausages and some cheeses that where rather out of place in a sweet shop environment, but to our surprise we found out they were … made of chocolate too! In the case of the sausages, it is GIANDUJA  chocolate and the cheese is chocolate with puffed rice. Mmmmmm! 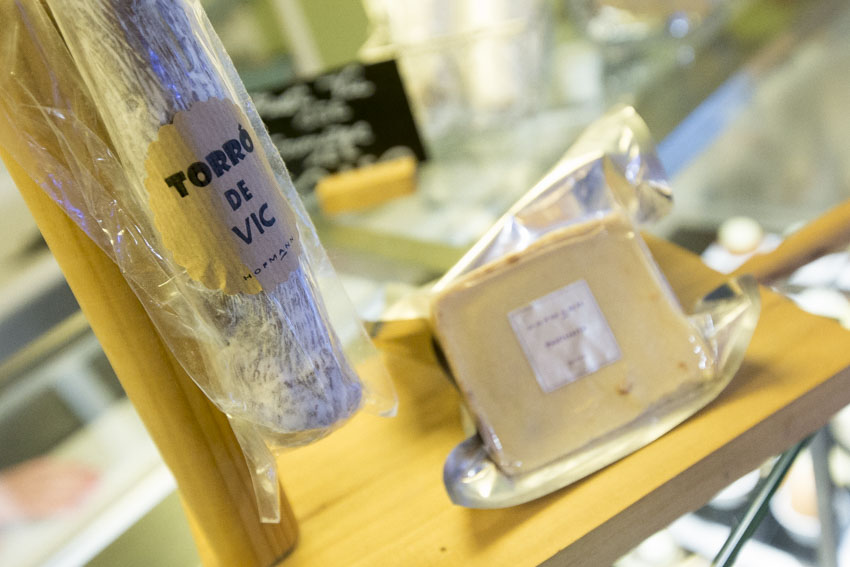 Did you know that there existed the mascarpone croissants? Yes, and this Hofmann’s croissant is world famous. Anecdotally, we will explain that a couple of North Americans called on those responsible for the pastry-after testing them in Barcelona- if they could send them some to the United States … they dreamed of the croissants at night! 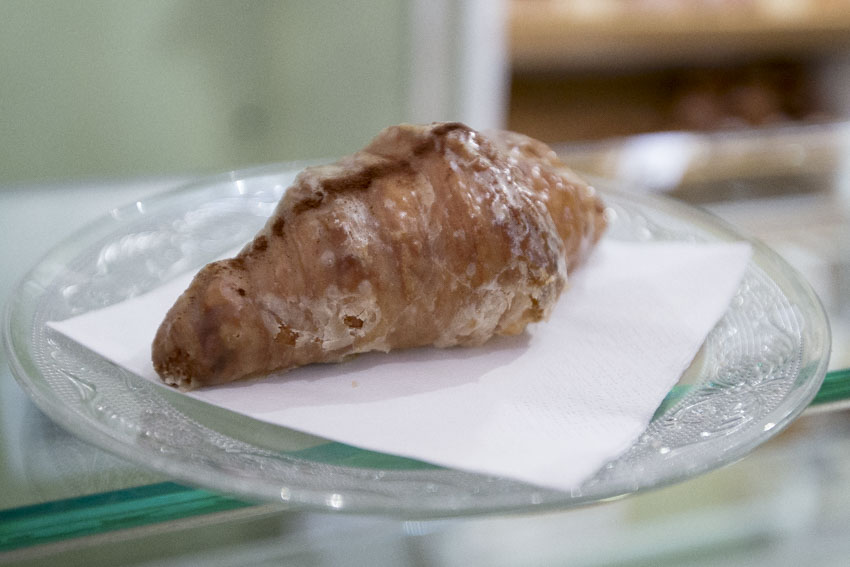 Other delights to be tested are those called «trompe l’oeil», meaning they are cakes that are other than what they seem, as this egg that hides a coconut and mango mousse, or a cactus mousse made with tequila. 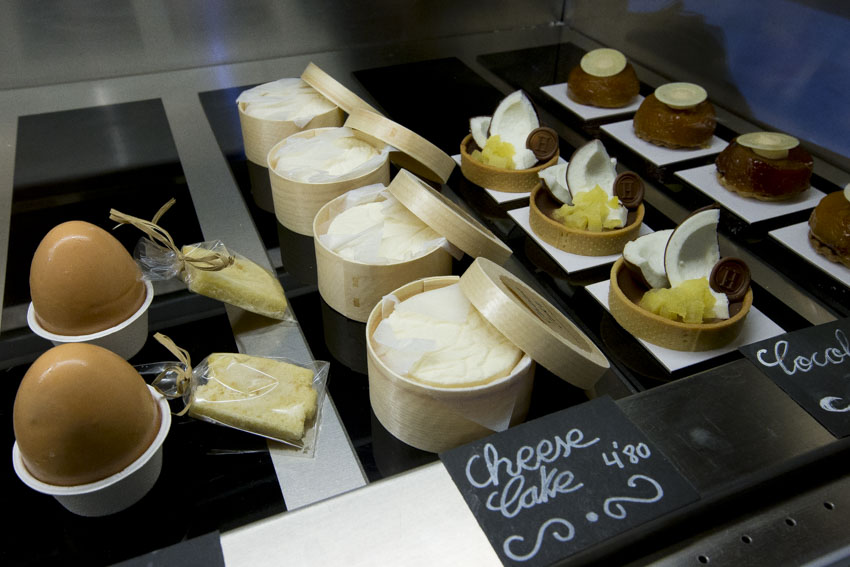 At this time of the year (Semana Santa), Hofmann also proposes a typically sweet Italian, The Pigeon, made with dough of long fermentation, similar to panettone and are as delicious. 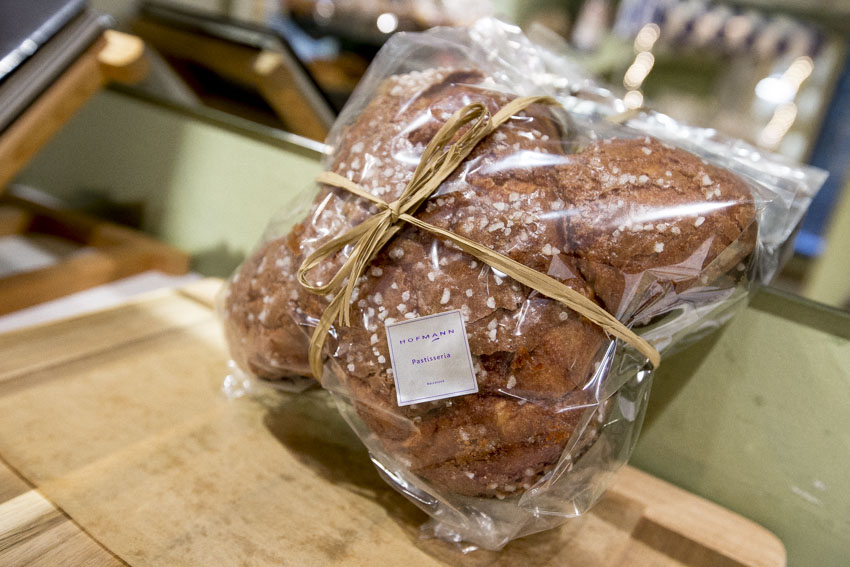 Chocolate bars, jams, «carquinyolis» (a particular tribute to the classic Biscotti but lighter), Belgian waffles, crocalines, macaroons and Cookies Barcelona own invention, are other local jewels. 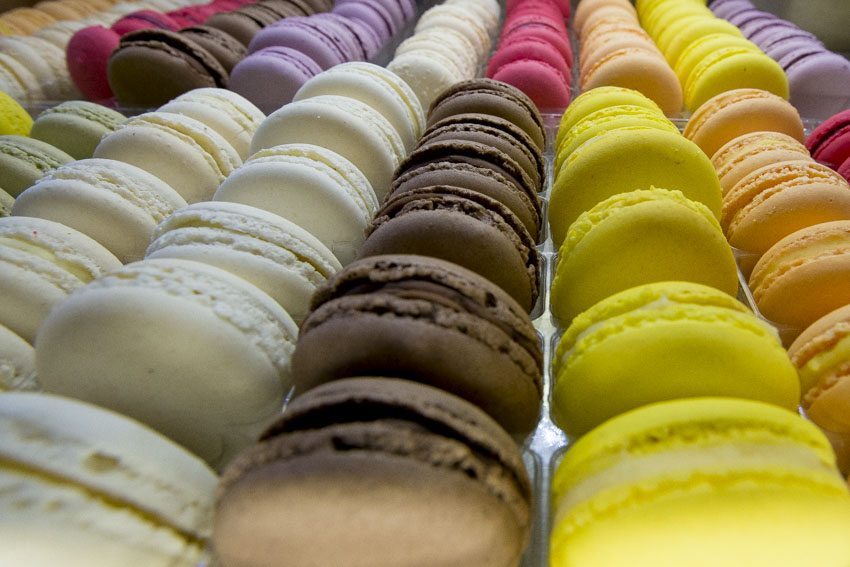 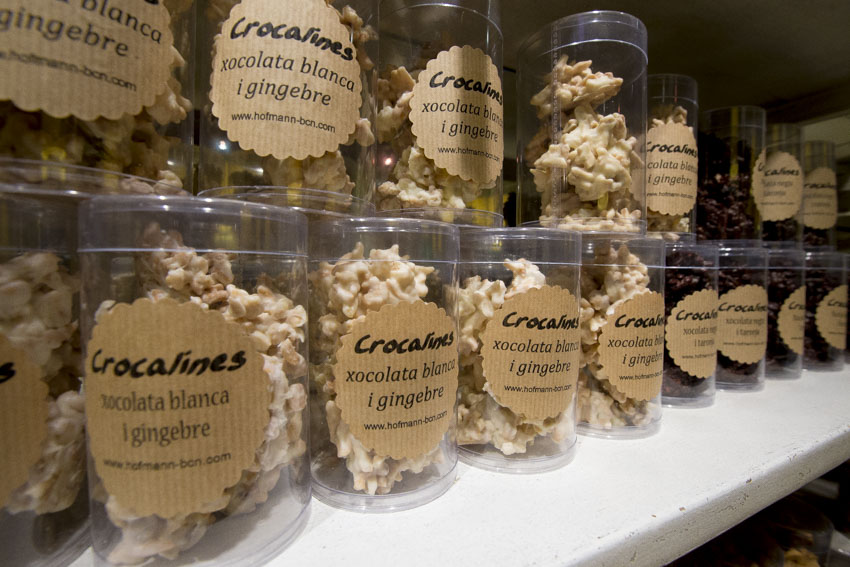 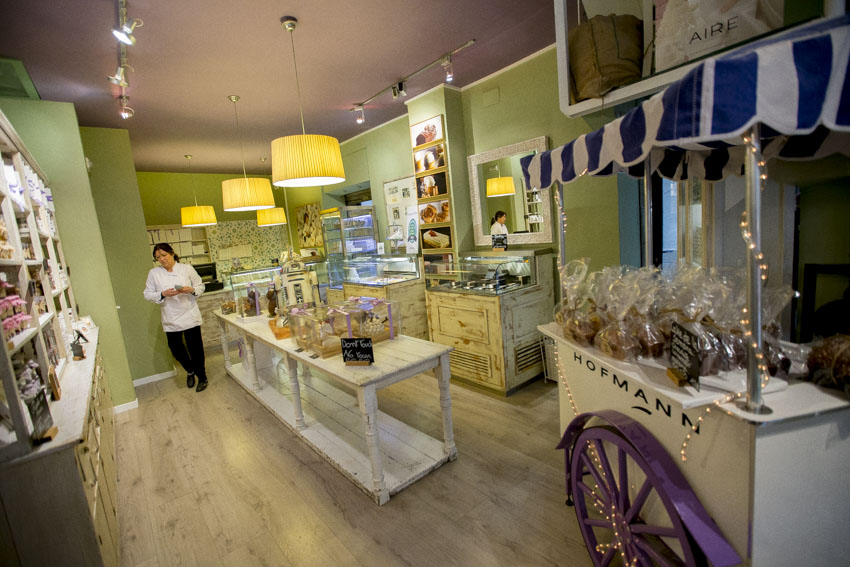 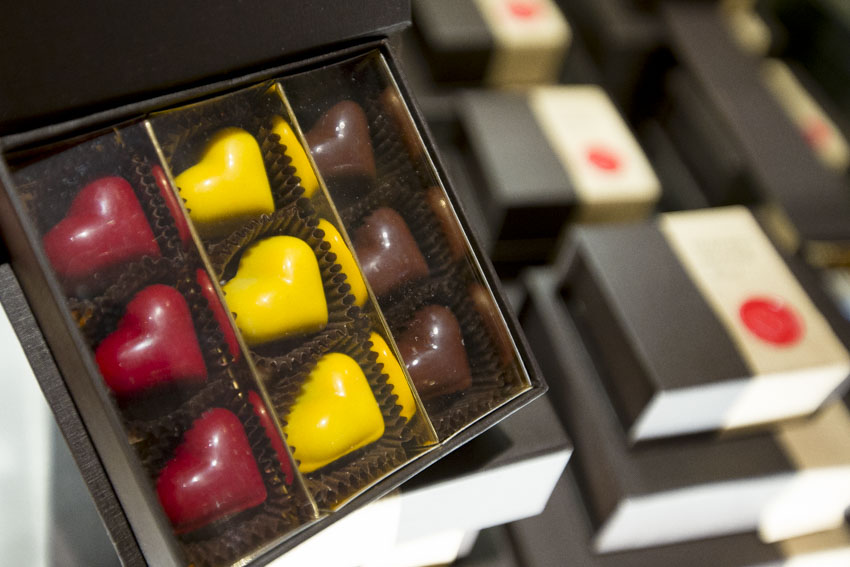